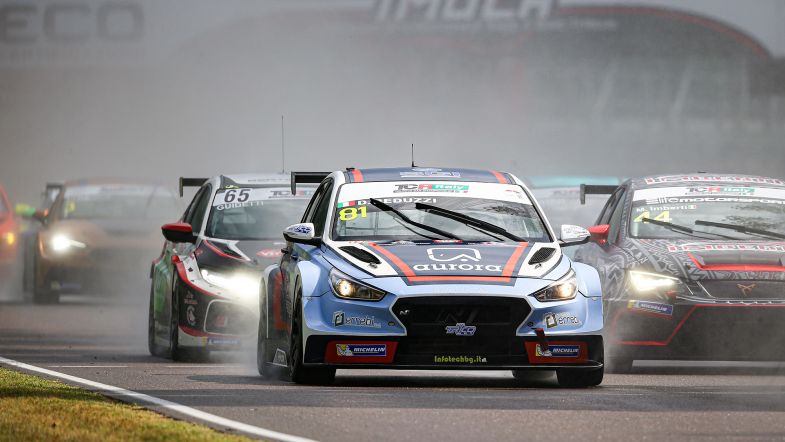 Marco Pellegrini headed the field as the lights went to green, with Hyundai driver Igor Stefanovski in second place.

But Stefanovski made a mistake at the Rivazza corner and dropped from second to sixth position.

The safety car called into action in the last part of the race as Volkswagen driver Carlotta Fedeli went off track and got stuck in the gravel.

The race resumed with just two laps left and Marco Pellegrini managed to get past Tavano with some contact for the lead on the penultimate lap, with Reduzzi following past not long after.

Reduzzi continued to pile the pressure on Marco Pellegrini, claiming the lead on the last lap to win the race.

Marco Pellegrini crossed the finishing line in second place but was handed a five-second penalty for a grid infringement, dropping him to ninth position.

Brigliadori heads the championship standings on 95 points, with Tavano second on 90 points and Marco Pellegrini third on 82 points.

Vallelunga will host the next TCR Italy round on September 18-20.