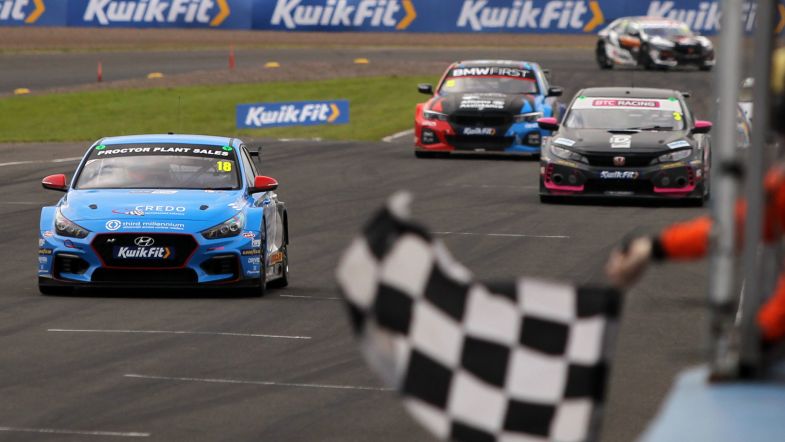 Senna Proctor said he was pleased to continue his recovery from a tough start to the BTCC season with a first podium finish in two years at Knockhill.

Proctor failed to score a point during the season opener at Donington Park after engine failure, but then battled back with a hat-trick of points finishes at both Brands Hatch and Oulton Park.

The opening two races in Scotland saw the EXCELR8 driver again inside the points despite his Hyundai i30 N Fastback lacking the pace to push towards the top ten places.

However, changes to the car for the final race – where Proctor was starting from the reverse grid pole – allowed him to take second place behind home hero Rory Butcher, meaning the 22-year-old has now moved up into the top ten in the standings

“I’m really happy with that,” he said. “Before the race I felt we had a chance to win, but Rory it a tough competitor and he’s done a few laps round here! I was disappointed with the pace in the first two races but we threw some things at the car and it seemed to work. We did the same at Oulton Park as we are learning all the time, and we just need to keep making steps forwards with it.

“We know the car is quick and I think we are doing a good job, as we are basically doing live testing at the moment. Donington was a disaster for me to start the season but we’re moving back up the order and are now in the top ten, so we need to see where we end up.”