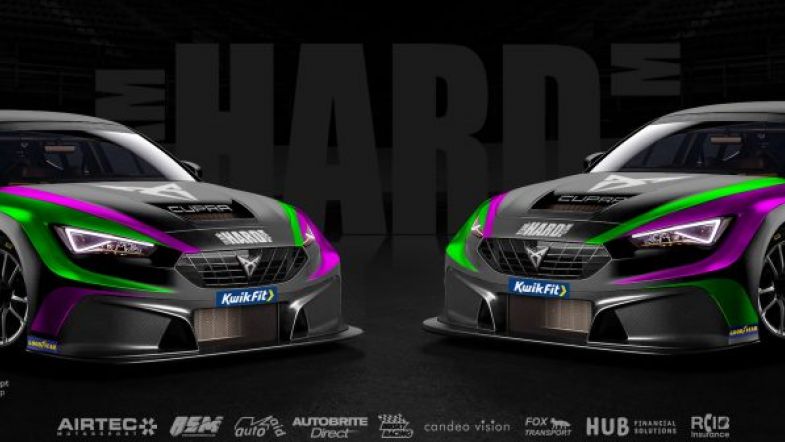 Team HARD has announced that it will introduce the Cupra brand to the British Touring Car Championship for the 2021 season.

Tony Gilham’s team will develop and build an NGTC version of the Leon model that has been raced successfully in TCR competition for a number of seasons, with plans in place to run at least two of the cars next year in an Independent programme.

Team HARD has spent recent years running the Volkswagen CC – which it first introduced in 2013 – in the series, and is also running Carl Boardley’s BMW 125i M Sport this year after he purchased a car from West Surrey Racing over the winter.

The SEAT version of the Leon raced in the BTCC in the S2000 era, with SEAT running a factory programme with both petrol and diesel powered versions of the car and independent programmes being run by a number of teams including Special Tuning Racing and GR Asia.

Previously SEAT’s performance arm, Cupra has been a brand in its own right since 2018.

“We are delighted to be bringing in a new marque to the BTCC,” team boss Tony Gilham said. “The Volkswagen CC has enjoyed a great deal of success over its life, but it’s time for change as we look to the new hybrid era of touring cars.

“We have done a lot of research and we believe that the dimensions and overall shape of the Cupra Leon will work perfectly with the current NGTC regulations that are in the BTCC. A lot of hard work and countless hours lie ahead, but we are confident that we can turn this new car into a competitive beast that will be mixing it at the front from the get-go next season.”

Series boss Alan Gow said he was delighted to see the announcement of another new NGTC programme.

“It’s always fantastic to see more new cars join the BTCC, this time with Team HARD Racing,” he said. “We set out the NGTC regulations to allow for great diversity and having the Cupra Leon on the grid is further proof of the strength of those regulations.

“This new project from Team HARD. Racing should help this popular team advance up the grid in 2021. It’s no secret that the Volkswagen CC’s are one of the oldest on the grid but credit to Tony and his team for sticking with them and keeping the cars as competitive as possible.

“I look forward to seeing the step forward Team HARD. Racing can make with completely new cars from next season.”