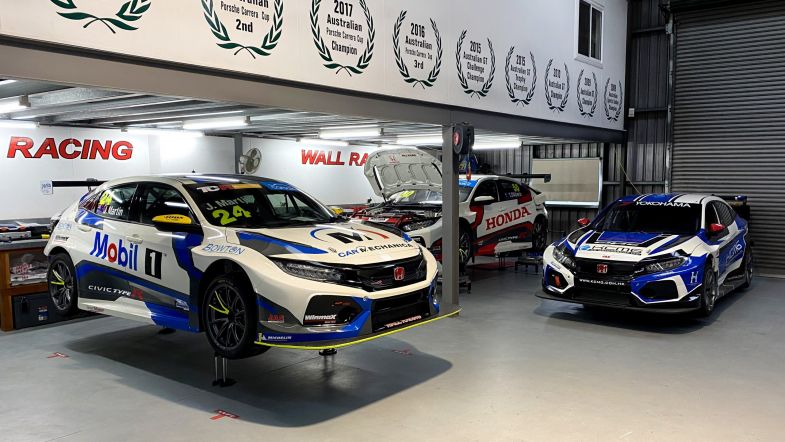 Wall Racing has revealed that it could run up to four Honda Civic Type Rs in the delayed TCR Australia season, with the possibility of running the two cars owned by KCMG founder Paul Ip.

Tony D’Alberto and John Martin have already been confirmed at the wheel of Wall’s own two Hondas, with the Sydney-based team also currently in position of two car owned by Ip, who had planned to compete in the series himself.

With the Canada-based driver unlikely to now be able to race as a result of COVID-19 restrictions, talks are ongoing about the possibility of local drivers instead getting behind the wheel of Ip’s two cars for events across the season.

“We have four cars here in the workshop,” team boss David Wall said. “Paul’s cars are here, but they are being put on the table for us to put deals together to see if we can run them in particular events until he can come here and drive one of them himself.

“We’ve definitely got our two cars for Tony and John ready to go, and if the right offer and the right driver is on the table to drive one of the other cars, then we’d entertain that idea, for sure.

“It’s a long term project for Paul to come and do a season or two here, so hopefully when it all kicks off, Paul can drive his car and we can go from there.”