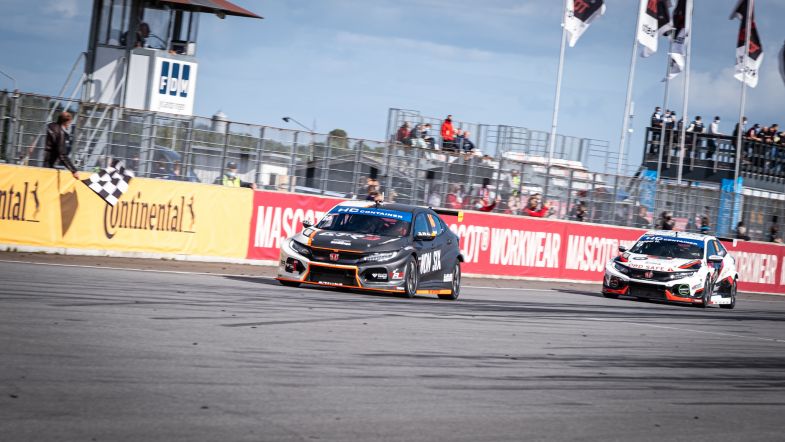 It was Jan Magnussen who claimed pole position on Sunday morning for the first race in his Volkswagen Golf GTI TCR, ahead of Elgaard and fellow LM Racing driver Nicolai Sylvest.

The first race saw Elgaard take the lead with a near-to-perfect start. He never looked back and took his second race win of the weekend.

Kenn Bach had the reversed grid pole position for the second race. But it was Jacob Mathiassen who got the maximum out of his front row spot.

The Alfa Romeo Giulietta TCR driver got into the lead at the first corner and controlled the race from there, building up a gap after each of the three safety car deployments.

The first safety car intervention came after an incident between Michael Carlsen, Johnny Vejlebo and Allan Kristensen on the third lap.

The second safety car deployment was came when Magnussen went off track at Turn 1 with a bit help from Andersen. The Hyundai driver was given a ten second penalty for the incident.

Markussen finished second with Jensen close behind in third. Elgaard finished fifth, just enough to take pole position for the final race ahead of Mathiassen and Jensen as the points from the first two races determined the grid for the third race.

TPR Motorsport driver Elgaard took advantage of his pole position and built up a small gap to Jensen in the opening part of the race.

Mathiassen meanwhile kept his Alfa Romeo Giulietta TCR in close contention for the second place, but on lap ten, he pulled over with engine problems. This promoted Markussen to third position; his second podium finish of the weekend.

Andersen crossed the finishing line in fifth after receiving a penalty for running over a curb marker.

Massive Motorsport driver Jensen heads the standings on 176 points with Andersen second on 141 and Nicolai Sylvest third on 139.

The TCR Denmark series returns on September 26-27 at Ring Djursland. 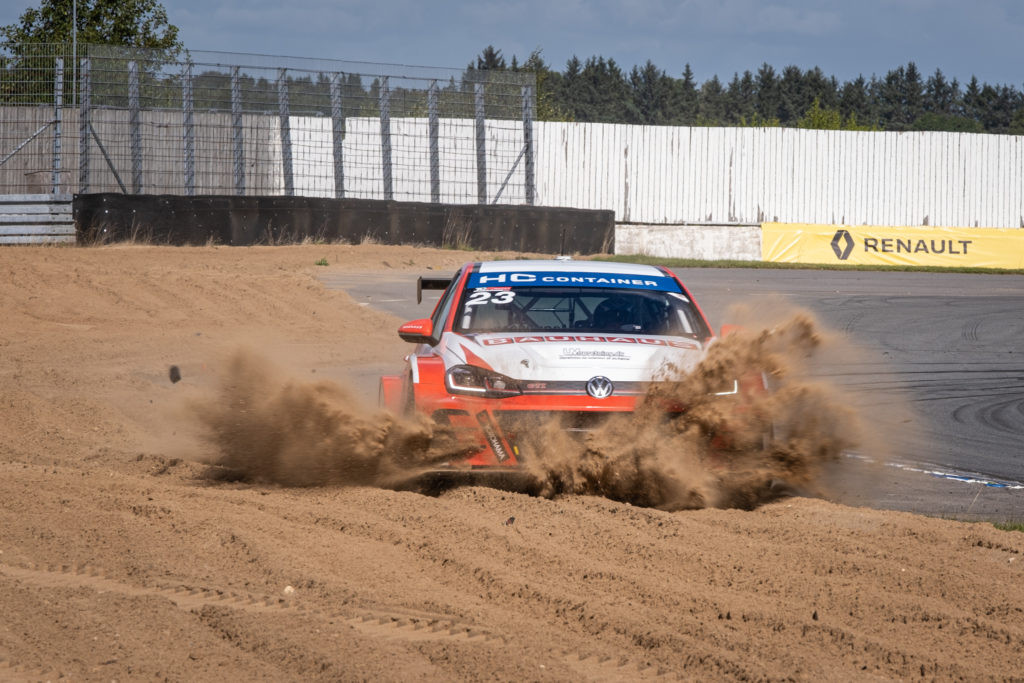