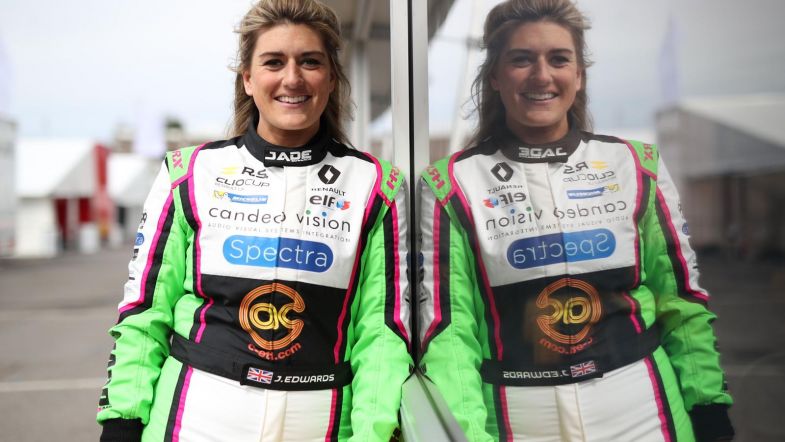 Jade Edwards will become the first female driver to race in the British Touring Car Championship for more than a decade after securing a seat with Power Maxed Racing for the Silverstone round later this month.

Edwards will be at the wheel of same Vauxhall Astra that was raced by Mike Bushell at Oulton Park and Knockhill as part of the team’s revised single-car programme, which will see it run a number of different drivers across the remainder of the season.

The former Clio Cup racer will follow in the footsteps of father Jim Edwards Jr – who competed in the Production Class from 2001 to 2003 having won the Clio Cup title himself – and will be the first female driver to compete in the series since Fiona Leggate back in 2007.

Whilst she has previously tested BTCC machinery after a day in a Motorbase Performance Ford Focus at Snetterton back in November, Edwards’ first taste of the Astra will come when she takes to the track for FP1 at Silverstone on 26 September.

“Having known Jade for quite a few years now, I’ve always been impressed with the way she throws herself into everything she does with such gusto,” team boss Adam Weaver said. “Whilst she’s had a lot of bad luck on the track, she’s a great driver, and has a well-earned reputation as a fan favourite.

“She’s spoken publicly about her longing to get onto the BTCC grid in a competitive car, and with the unique opportunities this year has given us, it was a no brainer for all of us to get her in the car for a round. I’m looking forward to seeing what she can do.”

Edwards herself admitted that joining the grid for her BTCC debut would be a dream come true.

“Racing in the BTCC is a childhood dream of mine, and is something that I’ve made no secret of working towards,” she said. “I’ve been in the paddock since I was ten old, either supporting my dad or competing myself and to now be racing in the main event is something I’ll never forget!

“PMR have a brilliant track record, and Adam has always shown support in my career, even sponsoring my Clio campaign in 2018, so it’s amazing to have the opportunity to work with them. The Astra has already proven its speed this season, so I’m itching to get out in it and see what I can do.”