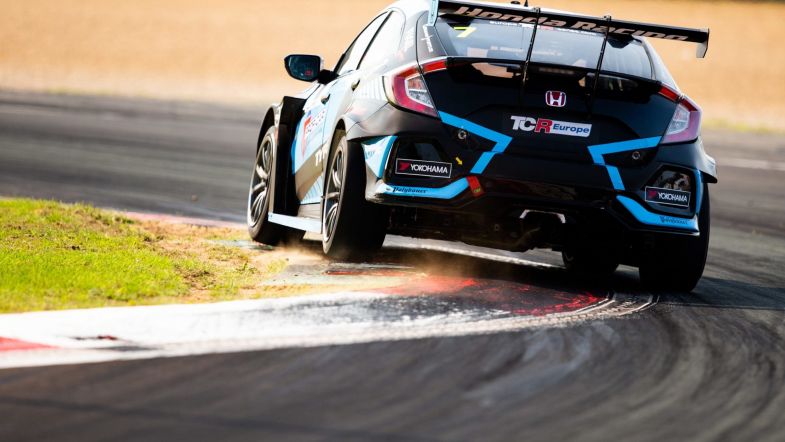 Mike Halder says his start was the key to him finishing second to Nicolas Baert in the opening TCR Europe series race of the weekend at Zolder.

The Profi Car Team Halder driver qualified fifth on the grid for Race 1 but made a superb getaway off the line to run third after the first lap.

The German then pulled off an assertive overtake down the inside of BRC Racing’s Mat’o Homola at Turn 1 to grab second, a position he held until the end of the 14-lap race.

“I made a very good start and moved up two positions, but the Audi in front was so fast and with our ballast and our speed I couldn’t attack him,” said Halder.

“We needed to score points and I think we are already in a good position for the Championship so I hope we can climb onto the podium again tomorrow.”

Halder came into the weekend with some compensation weight following his victory in the second race at Paul Ricard, and feels his latest result was an important step towards the top of the TCR Europe Series standings.

Brutal Fish Racing’s Dan Lloyd remains at the top of the table with 93 points, but Halder is just five points in arrears heading into Race 2 tomorrow afternoon.

“I was carrying 30 kilos but some of the other guys were carrying 60, so I have to say the success ballast was okay for us,” Halder added.

“Hopefully the next few races will be like the first rounds, so I can keep up the performances I’ve had so far.”