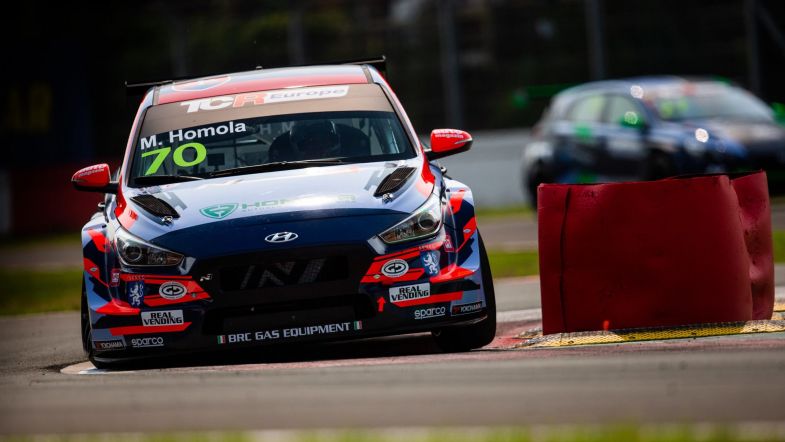 BRC Racing’s Mat’o Homola is targeting a second race charge after securing his first TCR Europe series podium of the year in the opening race at Zolder.

Homola briefly led the race after starting from third on the grid but fell behind eventual race winner Nicolas Baert and second placed finisher Mike Halder.

Despite this, the Slovak was more than happy to record his first podium of the season and is planning to put everything into a repeat performance come Sunday’s second race.

“I’m happy to score my first podium of the season, but I started from P2 and I was aiming to win,” said Homola.

“I knew it would be hard against the Audi cars because they are fast here, also in WTCR, also Nicolas was really fast in qualifying.

“I had a really good start and I was able to overtake him, but it was impossible to hold him back and then Mike also overtook me.”

Homola admitted that part of the reason as to why he lost the lead on the opening lap to Baert was down to the performance of his tyres.

However, he is confident the changes made to his Hyundai i30 N TCR before the second race will keep him in the mix for a strong result to round out the weekend.

“We struggled a little at the beginning with the tyres and so on,” he added.

“It is what it is and at least I was on the podium, but we will think about some changes on the car and maybe my driving style for tomorrow’s race.

“I will try to climb to the front and then we will see. It was a tough race, but it was important to get a podium and some good points.”