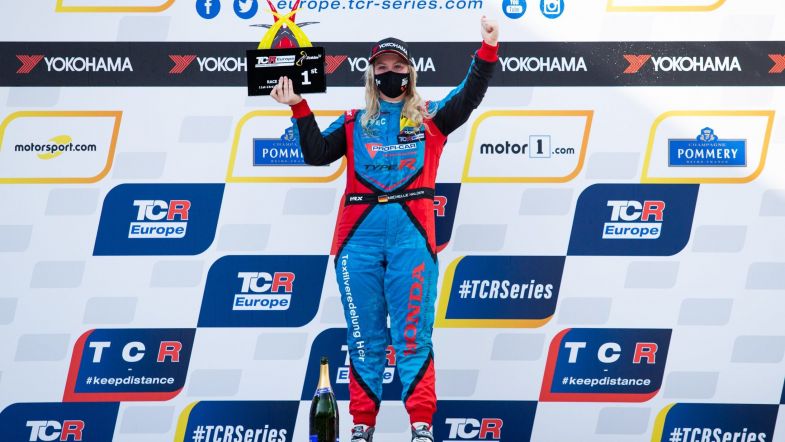 The Honda Civic Type-R TCR driver, who with brother Mike made a late switch from TCR Germany to take part in the TCR Europe campaign before Paul Ricard, led every lap to take her first win in the Series.

Untroubled all race, the German credited her getaway off the line and assertive overtake on TCR Europe points leader Dan Lloyd as the key to her first win.

“I had a great start and after that, I tried to take the lead at the first corner,” said Halder.

“And then after that, it was my race because I was so fast and [I made] no mistakes. I am so happy to win here in Zolder. I’ve never been here before and to win and become the first female driver to win a race is just incredible.

Halder’s first on-the-road win came at Zandvoort in TCR Germany last season, although she did claim maximum points at Most in 2018 when she finished second on the road to guest entrant Petr Fulin. Her latest maximum score came at the Nürburgring, when brother Mike was disqualified.