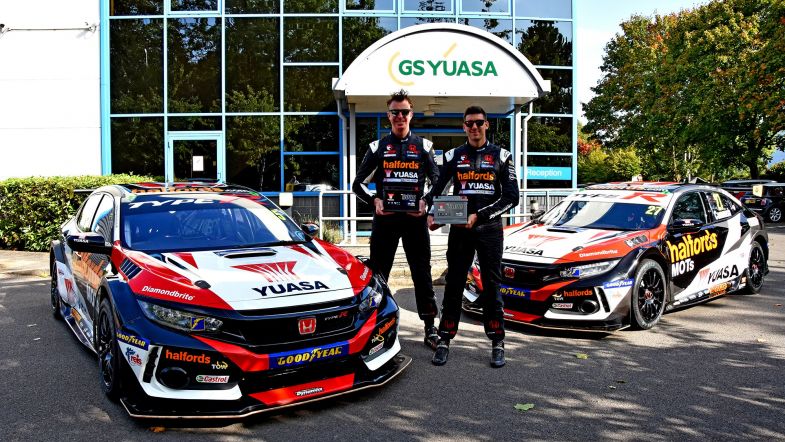 Team Dynamics will run a one-off livery for the British Touring Car Championship races at Thruxton this weekend to celebrate its 10-year anniversary with Yuasa.

The two FK8 Honda Civic Type Rs of Matt Neal and Dan Cammish will feature a new look bonnet for the weekend based on the livery that adorned the FK2 Civic back in 2013 when the team won both the manufacturer’s and team’s titles.

“We have had a great relationship with Yuasa over the past ten years, they have been massively supportive of our BTCC programme and quite frankly we couldn’t have done it without them,” said Neal.