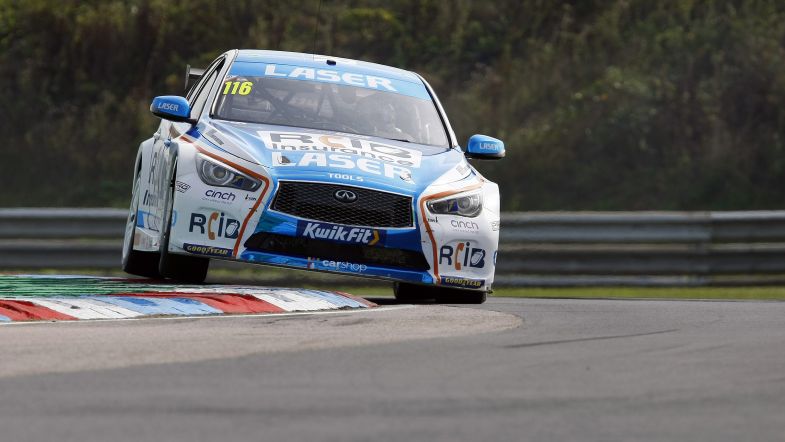 Ash Sutton admitted he was surprised to have moved into the lead in the BTCC points after a strong weekend on track at Thruxton.

The Laser Tools Racing man headed into the fifth meeting of the season looking to try and close the gap to Colin Turkington in the title race but was able to take full advantage of a tough race day for the BMW man – who was left on the back foot by a failure to score in race one.

Sutton fought through from eleventh on the grid to take a solid fifth place in the opening race of the weekend and then followed it up with a brace of fourth place finishes.

Having outscored Turkington in all three races, Sutton now takes a 16 point lead in the standings heading to Silverstone next weekend.

“Thruxton hasn’t been a fantastic track for me as a driver in the past but we’ve come away with the points lead, and I think the swing is something like 26 points which I didn’t expect,” he said. “We had a bit of luck with Colin having his issue in race one, but we maximised everything that we could as a team and have bagged solid points across race day.

“The car hasn’t been perfect and there were more improvements to come, but there are so many factors that come into play here and it all gets thrown into the mix. It’s been a learning curve for us and there is information we can take away from here, and things that we can do to improve the car going forwards.

“It won’t be ideal to go to Silverstone with the extra weight onboard but it’s a circuit where hopefully it won’t impact us as much as if it was all stop start; the fast and flowing nature should help us.”