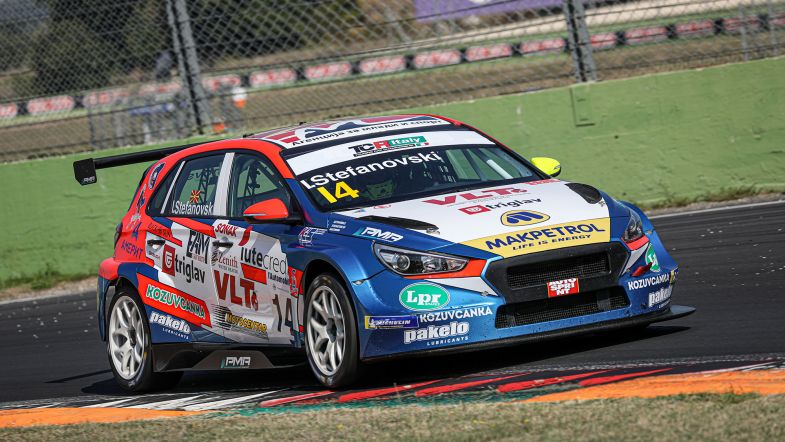 Igor Stefanovski claimed a lights to flag win in the second TCR Italy championship race at Vallelunga. The Macedonian driver had a calm race in the lead while the fight behind him was tough.

Pellegrinelli, who made a slow start from second on the grid, was able to continue while Tavano was left stranded in the gravel.

There was further contact in the opening stages as Honda driver Alessandro Giardelli and Hyundai driver Felice Jelmini clashed. The contact resulted in a broken rear suspension for Jelmini who spun and retired.

The BF Motorsport driver then attacked Giardelli for fourth position but braked too late and struck Max Mugelli.

Mugelli spun and dropped down to tenth position, later retiring from the race due to a puncture.

Brigliadori dropped one spot down to fifth behind Target Competition driver Marco Pellegrini.

But Brigliadori was penalised for the incident with Mugelli, dropping him down to tenth position.

The next TCR Italy round takes place at Monza on November 7-8.