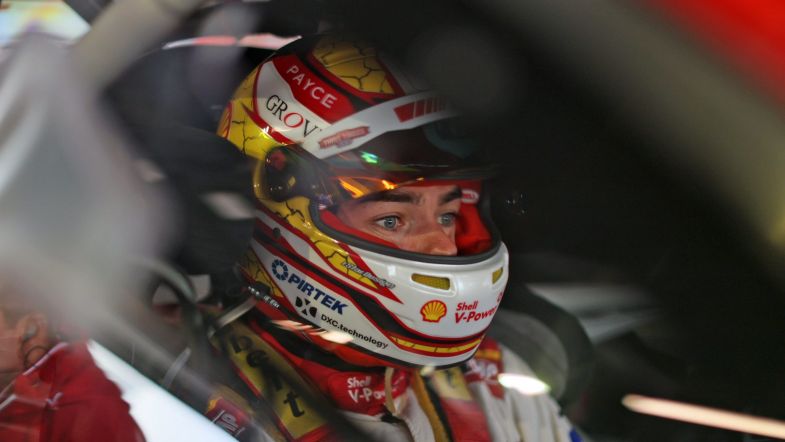 Sunday pole sweep for McLaughlin at The Bend

Supercars championship leader Scott McLaughlin has put himself in the box seat for Sunday’s races at The Bend Motorsport Park by taking pole for both outings in a dominating display from the DJR Team Penske driver.

McLaughlin’s 11th and 12th pole positions of the year comes at a crucial time in the season with only six races to run and importantly coming out in front of his closest championship contender, Triple Eight’s Jamie Whincup, both times.

McLaughlin was able to claim his second pole position at The Bend for Race 26 with a 1:48 flat just as the chequered flag dropped, provisionally locking out the front row with team-mate Fabian Coulthard until Triple Eight’s Shane van Gisbergen and Walkinshaw Andretti United’s Chaz Mostert ruined the party.

Four out of the top five starters are from New Zealand with Andre Heimgartner able to get his Kelly Racing Mustang up into fifth place, edging out the Tickford Racing car of Cam Waters who will start alongside him on the third row.

Championship contender Whincup struggled in qualifying after a tough race yesterday, only able to manage 11th in his Triple Eight Commodore, ten spots down on his rival McLaughlin while his team-mate will also start from the front row.

Race 27’s qualifying session saw the top teams of DJR Team Penske and Triple Eight send their cars out on a relatively quiet track to make use of the clean air, McLaughlin drawing first blood to edge out Coulthard as Whincup split the pair.

Mostert’s lap a few seconds later put the WAU car on the first row alongside McLaughlin, just pipping Whincup as Nick Percat was able to drag the Brad Jones Racing #8 entry to fifth, just ahead of van Gisbergen.