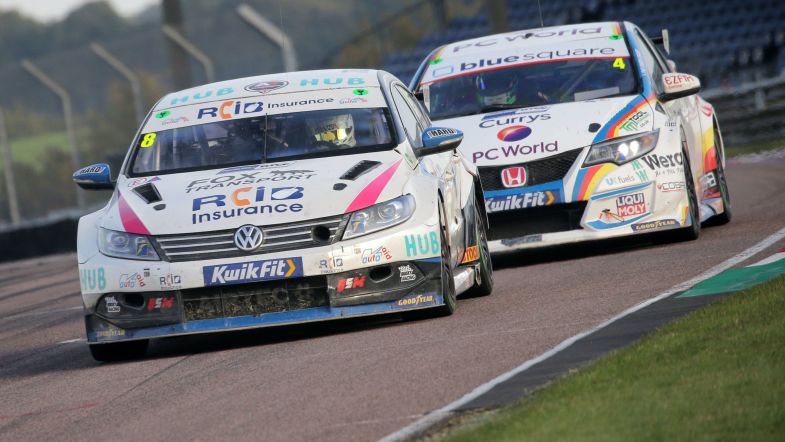 Tom Onslow-Cole insisted that his return to the BTCC had been “great fun” despite failing to trouble the points scoring positions at Thruxton.

The former race winner was making his first outing in the series for seven years after being called up by Team HARD to replace the injured Ollie Brown for the events at Thruxton, Silverstone and Croft.

Forced to contend with running additional ballast going into the weekend, Onslow-Cole – now making a career in GT racing – also had to deal with a return to standing starts and ended the weekend with a best finish of 20th from the three races.

“I’ve had great fun and it’s cool to be back out on track in a touring car,” he said. “For sure I would like to be further up the field, but it is so competitive here and it takes time to get back into it – particularly somewhere like here.

“If you were to set this return up, Thruxton wouldn’t be the circuit you’d choose with no testing, but it’s a place I love and I was excited to come here as I’ve missed the place since leaving the series.

“I underestimated how wild it would be but I’ve had so much fun and think I got my bad starts out of the way, so hopefully things will be a bit smoother when we get to Silverstone next weekend and we can fight further up the field.”