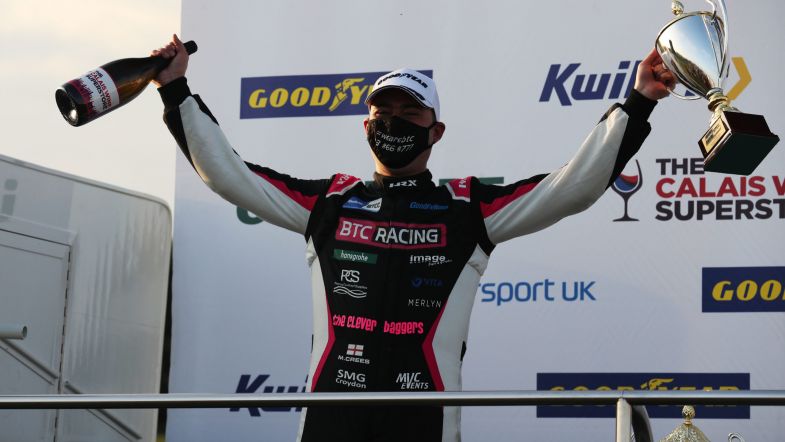 Michael Crees said he was proud to have secured a brace of top ten finishes from his “best weekend ever” in the BTCC after a strong showing at Thruxton.

The BTC Racing man showed top ten pace throughout the weekend in Hampshire and having taken tenth in race one, matched his best result in the series to date in race two with ninth.

Crees then spent the final race dicing for position with Matt Neal and Colin Turkington before losing places with a last lap puncture, although he still secured Jack Sears Trophy honours from the weekend.

“It’s the best weekend I’ve ever had in the BTCC and the last race was incredible,” he said. “To be fighting with Matt Neal and Colin Turkington – and giving Matt the ‘hurry up’ – was great and I couldn’t have wished for more.

“I had so much confidence in the car this weekend even though this was a circuit I was nervous about coming to – I just had to tell the team to leave the car as it was down to me to find the guts to quicker.

“Me and Josh [Cook] have been working together a lot and in the first race, the team said they were going to move us around as I had the pace to be quicker, but my focus is on the Jack Sears Trophy so I said to leave it.

“If you look at it, I’m right there with Josh and Tom on pace and matching them, which is fantastic for me. It’s just a shame I didn’t get the reverse grid in race three as we could have had a podium lock-out!”