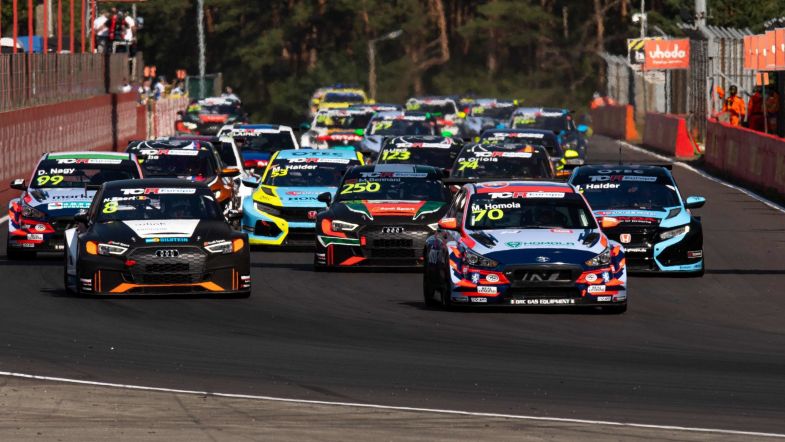 The 2020 TCR Europe Series reaches its halfway point this weekend at Monza, with just 29 points splitting the top three in the championship standings.

Heading into what could prove to be one of the most important rounds of the year, Brutal Fish Racing’s Dan Lloyd leads the way on 129 points, nine clear of Profi Car Team Halder’s Mike Halder.

Comtoyou Racing’s Mehdi Bennani is still firmly in contention in third, a further 20 points behind.

Both Lloyd and Halder are coming off another good weekend at Zolder, with Lloyd extending his lead at the top of the standings with a fifth and second place in the two races.

Halder finished second in race one before finished fourth in the second as sister Michelle claimed her maiden TCR Europe Series victory.

The weekend also produced another first time winner, in Comtoyou Racing’s Nicolas Baert, who stormed to victory from pole in the opening encounter. That result vaulted the Belgian into fourth the points standings.

Monza will be the first outing in the Series for a number of entrants, including the debut of the new Fiat Tipo car with Luca Rangoni at the wheel.

The Tipo is running on a temporary homologation this weekend and will not be eligible to score any points. It will be run by the Tecnodom Sport team.

That team will also field an Audi RS 3 LMS for Kevin Giacon while Felice Jelmini will drive a PMA Motorsport run Hyundai i30 N TCR.

The weekend will start on Friday with free practice, with the first session scheduled for 12:33 CEST and the second for 16:42, both lasting 30 minutes. Qualifying will be held on Saturday at 11:25, with the usual Q1-Q2 format.

Race 1 takes place on Saturday afternoon, starting at 17:15 and lasting 25 minutes. The second race will start at 11:50 on Sunday.