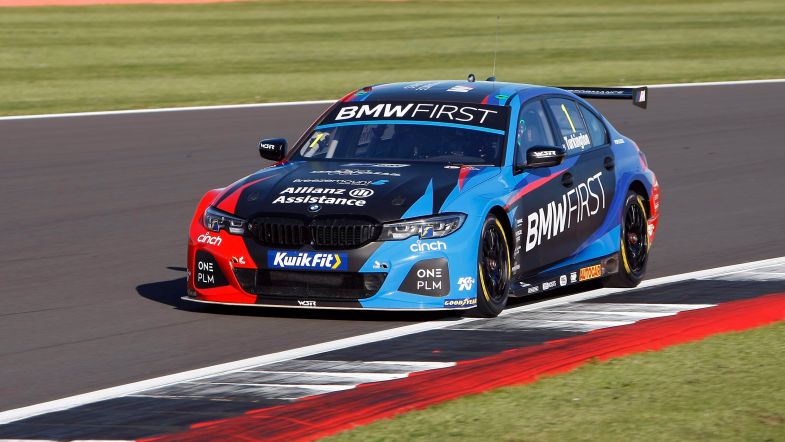 Colin Turkington said he is keen to try and maximise his chances on race day at Silverstone after out-qualifying BTCC title rival Ash Sutton ahead of the sixth meeting of the campaign.

The West Surrey Racing driver slipped to second in the standings last week at Thruxton but made a solid start to the Silverstone weekend he lapped inside the top ten in both free practice sessions – albeit with lap times slower than Sutton.

Come qualifying however in tricky conditions thanks to light rain falling, Turkington was able to work alongside team-mate Tom Oliphant to post the fourth best time, only missing out on a front row start thanks to late improvements from both Tom Ingram and Rory Butcher.

A second row start however means Turkington is well placed for race day, with Sutton starting three places further back from seventh.

“I’m really pleased to be on the second row with a heavy car,” the defending champion said. “The strategy worked well and Tom and I could both help each other with the slipstream, which is so important around here.

“The red flag meant that, because of our position in the pitlane, we were at the back of the pack when we resumed, so it took a bit longer to get the tyres up to temperature, but the speed we had was good – better than at any point in practice – and we’ll just see what tomorrow brings and try to maximise every opportunity that comes our way.”