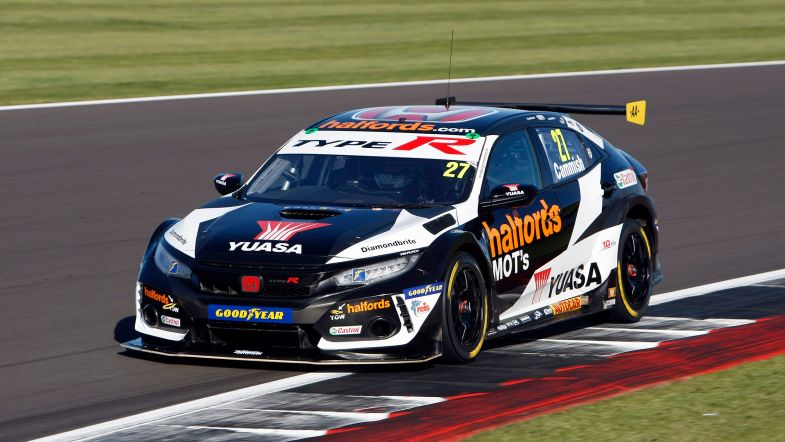 Dan Cammish posted the quickest time of the weekend so far to leave a Honda 1-2 in the second BTCC free practice session at Silverstone.

Cammish set a best lap of 57.400s which was a tenth of a second quicker than Ash Sutton had managed in leading FP1 in his ballast-laden Infiniti.

Matt Neal was just 0.088s down on Cammish as the two Team Dynamics cars headed the back, with Sutton slotting into third place having been one of the few drivers to post their quickest times in the early part of the session.

The times suggest that qualifying will be a close fought affair, with the top ten covered by just three tenths of a second.

Tom Ingram was fourth quickest in the Speedworks Toyota ahead of Josh Cook and Adam Morgan, with Stephen Jelley, Tom Oliphant, James Gornall and Colin Turkington rounding out the top ten.

In total, 25 of the 27 drivers on track managed to lap within a second of the pace.