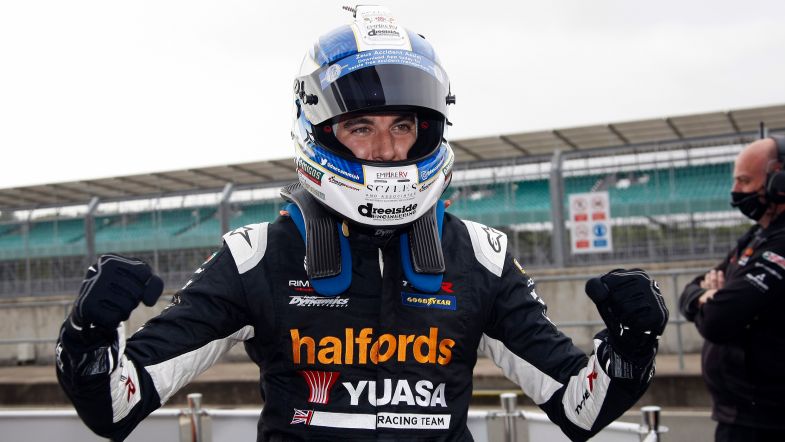 Dan Cammish admitted he was surprised by the margin to the field behind after a stunning run to pole for the second BTCC meeting in a row at Silverstone.

The Team Dynamics driver dipped under the qualifying lap record at the wheel of his Honda Civic Type R to snare pole by nearly two-tenths of a second – a huge margin when the same gap covered second down to eleventh.

It came after Cammish had earlier paced second practice, and leaves him now chasing victory on race day to strengthen his championship challenge.

“That’s two qualifying lap records back-to-back,” he said. “The team gave me a great car but this isn’t my favourite circuit and one where I haven’t excelled in the past. I’ve had to look at the data and look at Matt’s onboards and I’m glad the work had paid off.

“Sixth in FP1 was a good start and we have gone from there. I felt I could improve on my FP2 time but I was surprised by the gap to P2 in the session as I felt there was plenty of grip; perhaps others struggled a bit more than me. It’s just a shame that our closest rivals are all lined up behind us on the grid!

“My starts last week weren’t good enough and I need to put the right tomorrow and fight for the win. We had good pace today and the car felt good; I’d like to think the driver is alright as well….”