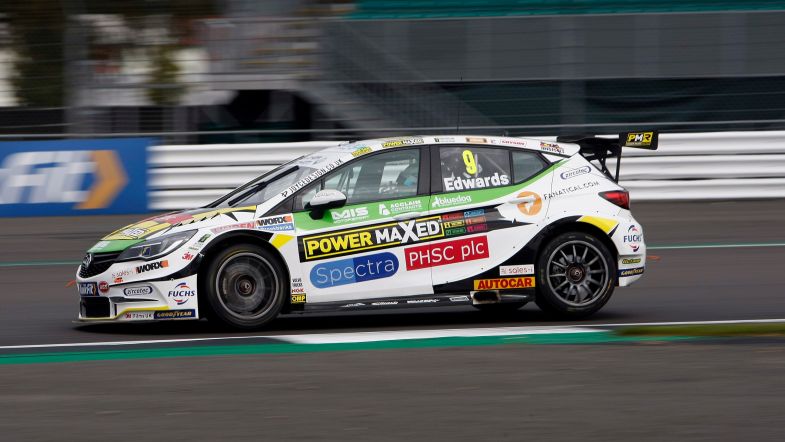 Jade Edwards pleased to be in the mix on debut weekend

Jade Edwards said she was pleased to be in the mix with the BTCC field after qualifying 26th on the grid for her debut in the series at Silverstone.

Edwards will become the first female driver to race in the series since 2007 when she lines up on the grid on Sunday, and enjoyed a solid first day in the Power Maxed Racing Astra during practice and qualifying at the Northamptonshire circuit.

Despite mixed weather conditions, she would post her quickest time of the day in qualifying and was just 1.2s off pole despite carrying new entry ballast, leaving her optimistic about race day.

“It was hectic with the red flag at the start of the session, which added a new element to things, and then there was the rain coming down and it was a case of working out if it was going to be real rain or psychological rain, but we came through it,” she said.

“As a driver, you never want to be at the back of the grid, but I set my fastest time in that session which shows the progress that we’ve made across the day and the way we have moved forwards – and we also have to consider the extra weight that is in the car as well at a circuit where the times are so close.

“There are positives and negatives to take away from today but for my first time on the grid alongside these guys, I’m not a million miles away and am constantly improving. I usually race better than I qualify, so I’m looking forward to tomorrow, particularly when we get the weight out of the car after race one.”