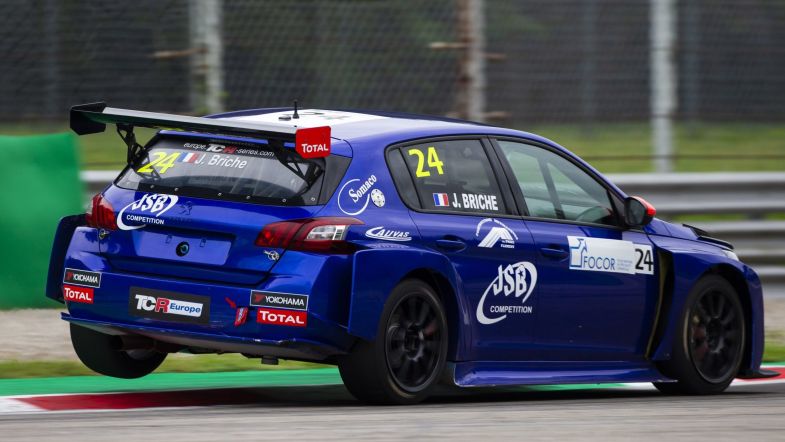 Monza Race 1 winner Julien Briché says he is relieved to have finally secured his first TCR Europe series win of the season after what he described as “a difficult period for everyone.”

Having finished second in the standings to Josh Files last season, Briché arrived at the opening of the 2020 campaign as one of the hot favourites to go one better this year.

But a difficult start to the year at Paul Ricard, and then again last time out at Zolder, has meant that Briché’s title hopes are all but gone now.

Nevertheless, the Frenchman feels his fortunes have turned around and both he and the team are aiming for as many races wins as possible before the end of the season.

“I’m very happy with the victory today, we have come out of a very difficult period for everyone,” said Briché.

“We know that for us, the championship is over so we are just happy to come away with the points and the win. Our objective is just to go out there and win races now.

“I’m really happy for the whole team, who have worked so hard.

“It’s the first win of the season for me and the team. We’re going to work hard to get some more.”