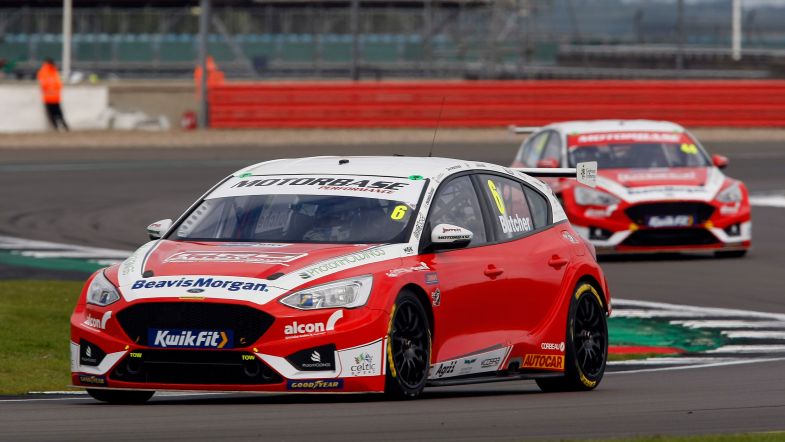 Rory Butcher admitted that his Motorbase team has to “race hard” on Sunday at Silverstone as he seeks to maintain his bid for the 2020 BTCC title.

As had been the case last week at Thruxton, Butcher found himself on the back foot slightly in practice where he was in the lower reaches of the top ten at the wheel of his Ford Focus.

Mixed conditions in qualifying, alongside a number of changes to the set-up of the car, allowed Butcher to show improved pace in the 30 minute session; going two tenths of a second quicker than he had earlier in the day.

That left him sitting on the front row until a late lap from Tom Ingram pushed the Scot back to third although he was still pleased with the end result.

“We’re delighted as a team,” he said. “Some events come easier and others are more of a challenge, and we haven’t felt 100 per cent with the car today. Conditions in qualifying made it tough, but we made a tweak to the set up mid-way through and the car came to us right at the end.

“It puts us in a good position for tomorrow. The points are so close up there at the top and we need to keep punching hard against these guys.

“I think there’s podiums to be had. We’ve got to race hard, but we’ve got to make sure that we keep up the points on the board. We’re aiming for podiums, and to maximise the points.”