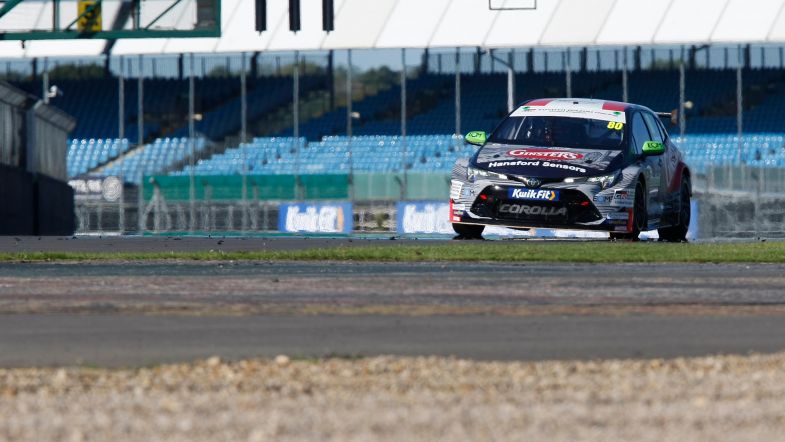 Tom Ingram: “It was a bit too last minute!”

Tom Ingram said he was pleased to secure a front row start for the opening BTCC race of the weekend at Silverstone, even if his bid for pole had been a “bit too last minute”.

The Speedworks driver was down towards the lower reaches of the top ten when he vaulted up into second spot with his penultimate lap of the session, setting a time that was just under two tenths of a second away from Dan Cammish’s Honda.

It means the pair share the front row for the second week in succession, with Ingram hoping to now push for a win on race day to maintain his impressive Silverstone form.

“It was a bit too last minute for my liking but the car didn’t feel quite right compared to practice when the session started and then we lost a lap to track limits as well,” he said. “We had to make changes on the fly in the session, and Spencer my engineer came up with a few things that transformed the car – so I own him a beer tonight as it rescued qualifying for us.

“Conditions were tricky and Alan Hyde referred to it as ‘scary rain’ which doesn’t do anything to the circuit but changes the look of it. Down the back straight, we have a rain repellent on the windscreen and the faster you go, the more the rain beads up so it makes it look worse than it is. When you have heat in the tyres, as soon as the water gets onto them it burns off – it’s more psychological.

“We’ve won here every year since 2016 and I enjoy the circuit. We’re on the front row again like last week so hopefully we can have a good start and see what we can do.”