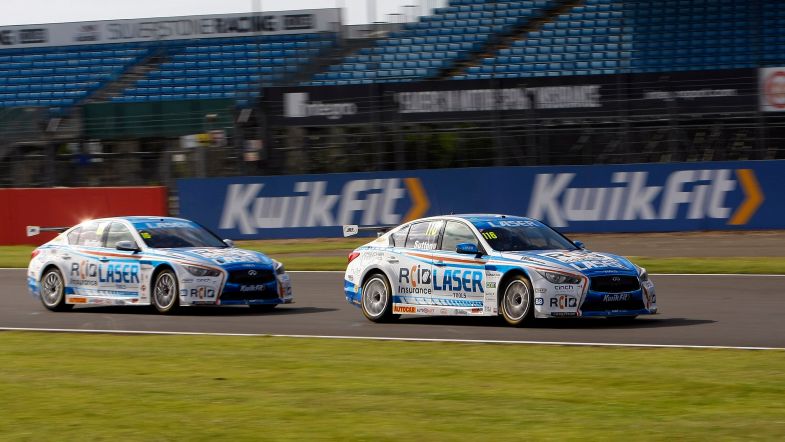 Ash Sutton admitted he was “mind blown” to come away from the Silverstone weekend on top of the BTCC standings after a dramatic sixth meeting of the season.

The Laser Tools Racing man had hit the front at Thruxton a week earlier and headed into race day keen to try and maintain his advantage over defending champion Colin Turkington.

A solid fifth place in the opening race behind the BMW man allowed him to minimise his losses but a puncture in race two then left him outside the points and at the back of the grid for the weekend finale – with Turkington moving back into the points lead.

However, Sutton bounced back with a stunning run through from 26th spot to third in the final race which was enough to see him reclaim top spot from Turkington; albeit by a reduced margin of four points.

“It’s been a real rollercoaster of a weekend,” he said. “Race one was all about minimising the losses to Colin which we did, but then in race two, I made an error and locked up on the first lap. Rory [Butcher] had a bit of moment in front of me and I couldn’t avoid him, but we flat-spotted a tyre that then de-laminated later on – so it was a bit self inflicted.

“Not for one second did I think we would be near the podium in race three, but things came to us. We made up a lot of places in the opening laps and then we gained a few more with the accident and the red flag, which also meant we could make up a few places at the restart.

“There was some oil on the circuit that we avoided that others didn’t, but the car was phenomenal – it was like at Donington Park where we had no ballast.

“I wanted to try and get into the top ten in that last race to actually get on the podium and reclaim the points lead is a massive overachievement and I’m a bit mind blown by it.”