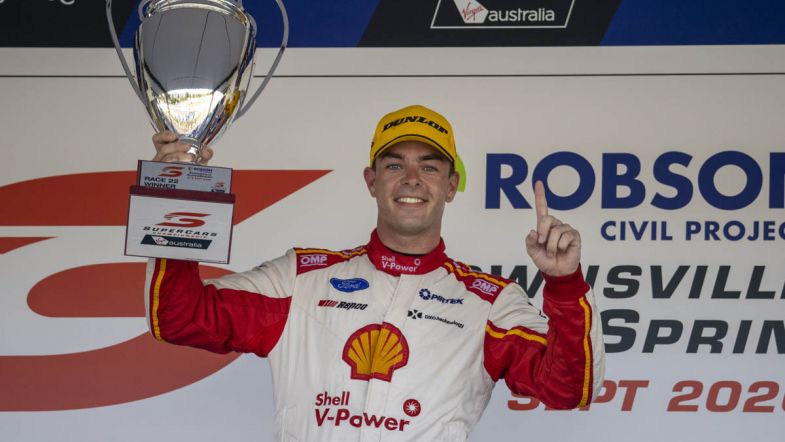 Scott McLaughlin secured the 2020 Supercars Championship title today at The Bend Motorsport Park with one race weekend remaining and ranks this one as his best.

“It’s been well documented that it’s been a tough year for every team up and down pit lane,” said McLaughlin to Fox Sports.

“For me this feels probably the best out of all of them, because of the way we’ve had to bounce back from ups and downs, come back and fight the next week when everyone has raced the track the week before.”

The Kiwi claimed his first Supercars title in 2018 and has now made it three in a row.

“The 2018 one was pretty awesome, then the 2019 one obviously it was just crazy, the year, it was not my most enjoyable,” said McLaughlin.

“There’s been a lot of chat about 2019 being a year where we had a better car or whatever.

“I’ve always said whoever wins the championship is certainly going to deserve it, one way or another,” said Whincup.

“Scotty and his crew have been the cream for a couple of years and have shown this year that with all the variabilities, they’ve still come out on top.

“It’s what it should be. They who work the hardest, bring the best car to the track and do a good job at the track as well should get the biggest prize of the year.”