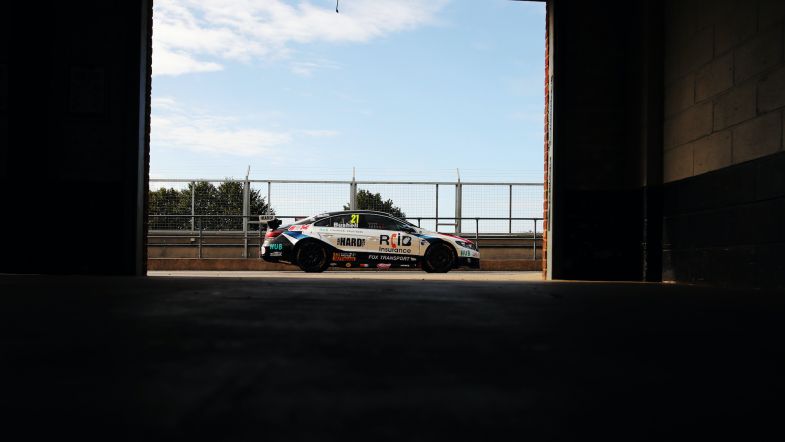 Mike Bushell to return at Croft

Mike Bushell will make a return to the BTCC grid this weekend at Croft after agreeing a deal to rejoin Team HARD.

Bushell – who has competed in two rounds this season with Power Maxed Racing – will be at the wheel of the Volkswagen that has been raced in the last two meetings by Tom Onslow-Cole.

Onslow-Cole is unable to race as a result of COVID-19 quarantine regulations, having travelled to Belgium to take part in pre-event testing for the Spa 24 Hours following the Silverstone meeting.

The deal will see Bushell back in the car that he was due to race this year before a bout of Myocarditis looked set to sideline him from the opening rounds.

Having recovered fully when the season was then delayed, the impact of the coronavirus pandemic then left him unable to commit to a full campaign, and led to the team bringing in Ollie Brown.

Brown’s ongoing recovery from an injury sustained at Oulton Park resulted in Onslow-Cole, and now Bushell, coming in to replace him.

“It’s good to be back with Team HARD. Racing after testing the CC at the recent tyre test at Snetterton in July,” Bushell said. “It’s been a rollercoaster year for me personally, both on and off track, but I’m happy to be back in the seat that I originally had nailed down before my illness and Coronavirus hit.

“I enjoyed my time in the Vauxhall at Oulton Park and Knockhill and, despite coming away from those weekends pointless, I proved to everyone including myself that my speed is still there despite everything which has happened to me recently

“Having driven the VW CC at the tyre test, the team has improved the car since I last drove it prior to the 2019 season. I’m looking forward to teaming up with Jack and Nic to extract the maximum out of the car!”