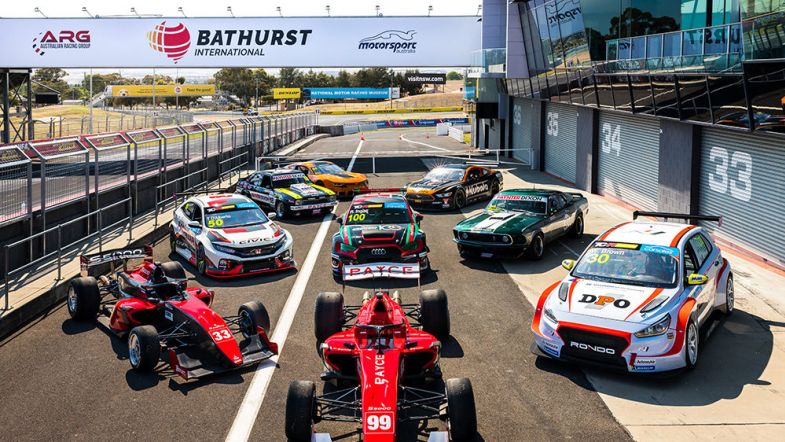 Next month’s debut Bathurst International event has been officially pushed back to 2021 thanks to ongoing COVID-19 restrictions in Australia, further delaying the start of the racing year for the Australian Racing Group.

Set to be highlighted by the TCR Bathurst 500 which was meant to feature TCR Australia teams as well as international stars from the racing series, the event was also going to feature S5000, Touring Car Masters and the production car based Bathurst 6 Hour race.

With so many different classes and competitors, as well as the ongoing lockdown of the state of Victoria where some teams are based, ARG CEO Matt Braid and the Bathurst Regional Council announced the decision to push the event back to next year.

“It is obviously very disappointing to postpone the inaugural running of the Bathurst International,” said Braid.

“No stone was left unturned in the attempt to hold a viable and top class motorsport event, however, the border restrictions that our competitors faced made it an impossible situation.

“We have waited as long as practical to make this decision but we needed to consider local businesses, competitors and their families, our volunteers and other service providers and provide a timely decision so as not adversely impact their families, their plans or incur unnecessary costs.

“This event was not based around a singular product but a wide and varied motorsport entertainment package which involved over 2000 people attending before the inclusion of fans, families, friends, sponsors, service providers, event staff and broadcast personnel.  To deliver an event of this magnitude required it to be delivered in the right way and in the current environment that is just not possible.”

The ARG racing season was meant to kick off with the TCR Asia Pacific Cup as a support event to the Australian Grand Prix in March but was called off after Thursday practice thanks to the cancellation of the Formula 1 round.