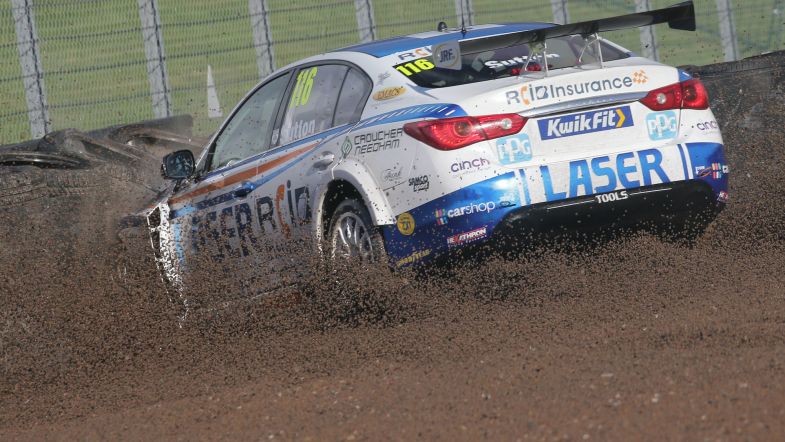 Ash Sutton: “We should have been on pole”

Ash Sutton admitted that he “should have been on pole” for the latest rounds of the BTCC season at Croft after an error in qualifying left him sixth on the grid.

The Laser Tools Racing man had shown his pace despite maximum ballast in the opening practice session where he finished second to Colin Turkington, and went into qualifying feeling confident about his chances at the wheel of the Infiniti Q50.

Having set the early benchmark time in the session, Sutton was running in P2 when team-mate Aiden Moffat went off at turn one just as the former champion was on a lap that looked good for pole, bringing out the red flag.

Sutton then went off at the same place himself on the restart and hit the tyres, bringing out the red flags again and leading to him losing his best time.

That meant he dropped down to eighth spot as the session ran to an end, although he then moved up to sixth thanks to penalties for Tom Ingram and Senna Proctor.

“We didn’t get chance to complete our quick lap with the red flag that was unfortunately caused by Aiden going off, and we should really have been on pole today,” he said. “I had real confidence in the car and the sector times showed what we were capable of. I feel a bit hard done by but I hold my hands up that I made an error into turn one and just locked up.

“We have suffered a bit today with performance under braking and maybe I asked a little bit too much on that lap and paid the price. Luckily the damage was mainly cosmetic, and the guys are working to get it fixed.

“Colin is a few places ahead of us when we should really have been three or four ahead of him but we can’t look at what might have been – we have to just act on what we have. It’s all about taking the fight to Colin and I’m confident we’ll have a strong race car.”