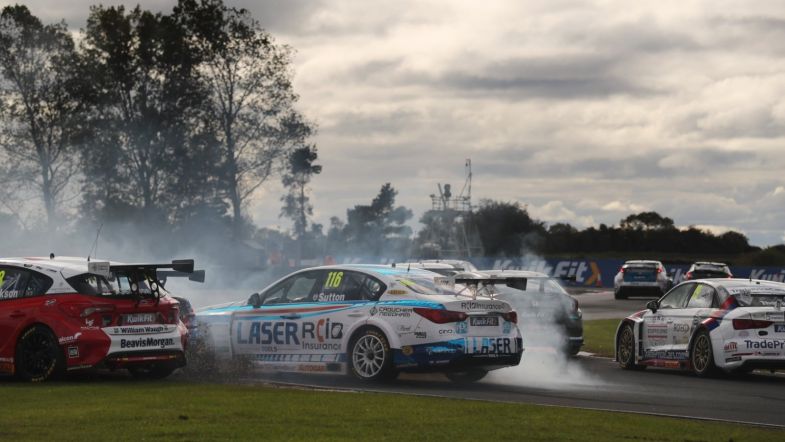 Ash Sutton has moved back into the lead of the BTCC standings after a penalty for Rory Butcher following race one at Croft.

Butcher was penalised with the addition of two seconds to his race time after contact with the Laser Tools Racing driver on the opening lap – contact that dropped Sutton down to 14th place.

He recovered to finish fifth behind Butcher, with the penalty swapping the two drivers around in the final result. That means fourth place for Sutton, who now leads Colin Turkington by two points.

The pair had been level prior to the penalty being implemented.