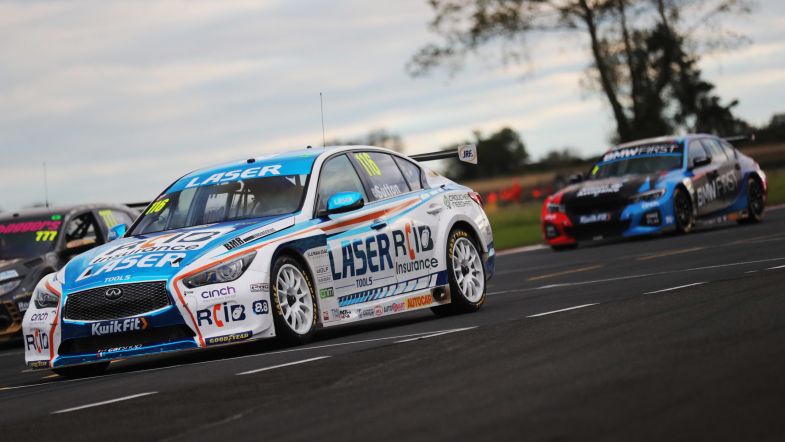 Ash Sutton remains the man to beat in the BTCC standings despite a rollercoaster day of action at Croft that saw him twice have to come through the field.

The Laser Tools Racing man had qualified sixth on the grid at the North Yorkshire circuit but was tipped into a spin by Rory Butcher on the opening lap of race one, dropping him down to 14th and putting his championship lead over Colin Turkington at serious risk.

Sutton fought back to take fourth place but then failed to score in race two – ironically after Turkington had retired – after contact with Jake Hill resulted in a puncture.

From the back in race three, Sutton raced through to fifth place and retains the championship lead as a result, with Dan Cammish having now moved into second spot as his closest championship rival.

“In hindsight, I should perhaps have settled for the result in race two but that isn’t in my nature and that is why I was able to claw it all back in race two to take fifth from 20th on the grid,” he said. “Maybe I just need to learn to control that a bit! I knew that we’d have a strong car based on race two but it was all down to whether the gaps were there. With the weight out, the car was mega and we somehow managed to keep the lead in the standings.

“The complex was where we were strong in both race one and three to make up places and the car was also good out of the chicane to give me the chance to make up places into Tower. The weight will play a big part at Snetterton with all the stop/start stuff, so we need to see what our championship rivals are doing and work to match them.”