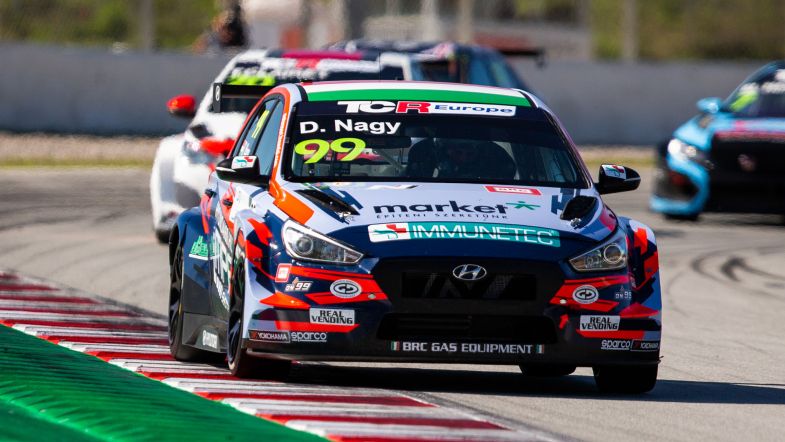 The worst-hit was Lloyd who received a ten-second time penalty for a collision with BRC Racing Team’s Mat’o Homola during the opening lap, which caused the Slovakian to retire from the race.

Lloyd had initially finished in ninth place but drops to 16th and out of the points. The drivers behind the Brit were promoted one place, with JSB Competition’s Jean Laurent Navarro taking the final point.

Nagy (Hyundai i30 N TCR) received a one-position drop penalty for exceeding the track limits, with the Hungarian dropping to fifth place behind Michelle Halder.

Last but not least, Briché (Peugeot 308 TCR) received a three-place grid drop for the coming race at Spa-Francorchamps for his incident with Volcano Motorsport’s Evgenii Leonov in the closing stages of the race.