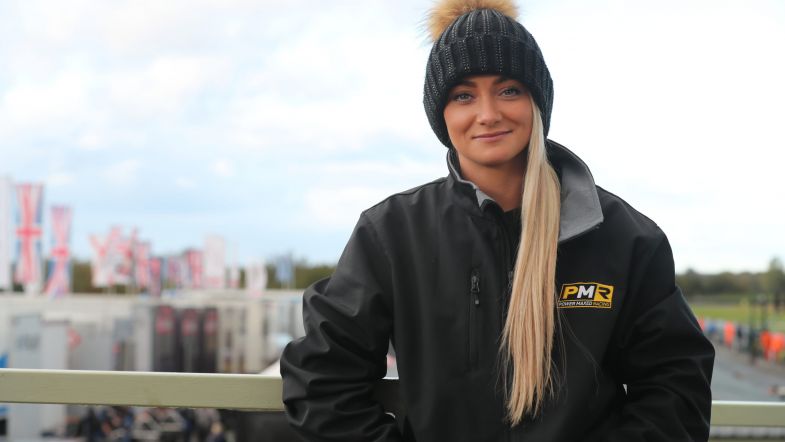 Jess Hawkins will become the second female driver to make her debut in the British Touring Car Championship this season after agreeing a deal to race at Snetterton with Power Maxed Racing.

Hawkins tested the team’s Vauxhall Astra earlier in the year and will now get the chance to race the car in the penultimate meeting of the season.

It will see Hawkins join Jade Edwards and Jac Constable in debuting with PMR this year, although the latter was forced to withdraw from the Croft meeting after only taking part in practice and qualifying having fallen ill.

Having enjoyed a successful start to her racing career in karting, Hawkins moved into car racing in the Michelin Clio Cup and has since gone on to compete in a range of series including British F4, the VW Cup and the MINI Challenge – where she finished second in the Cooper Pro Class in 2017.

Hawkins was one of the 18 drivers to be selected for the inaugural season of W Series last season and had qualified to compete in season two in 2020 before organisers elected to cancel the campaign as a result of the COVID-19 pandemic.

Alongside her racing career, Hawkins has worked as a stunt driver on a number of films – including the upcoming Bond movie No Time to Die – and holds the Guinness World Record for driving the fastest accelerating lawnmower in the world, having reached 0-100mph in just 6.29s on the Honda Mean Mower built by Team Dynamics in 2019.

“The BTCC is where I’ve always wanted to be – it’s my dream,” she said. “I’ve managed to knock on the door a few times, but I genuinely can’t believe it’s actually happening, especially with such a great team behind me in PMR.

“I have to give a massive thanks to FastR, Motorsport Legal, Clapham North MOT, Elliot Brown Watches and the Motorsport Collective for supporting me and giving me the support needed for this incredible opportunity. I hope it’s the first of many appearances on the grid.”

Team boss Adam Weaver said he was delighted to give Hawkins a chance to show her talents in the series.

“I’m really excited about seeing what Jess can do in the Astra,” he said. “She impressed us at her initial test session a few weeks ago, and judging by her results in front wheel drive machinery, should be a strong contender once she hits the Norfolk tarmac in a couple of weeks.

“Not only does she show phenomenal car control, as evidenced by her on-screen stunt credentials, but she’s a great person to work with, and shows tremendous commercial acumen.”