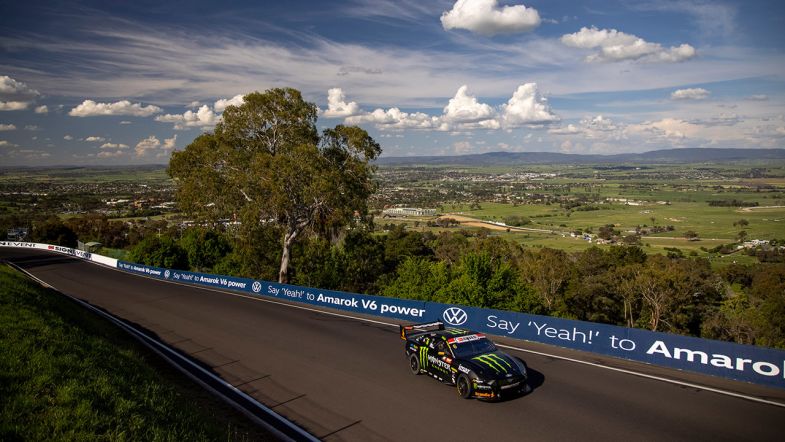 Former Bathurst champion Will Davison has continued to prove the pace of the #6 Tickford Racing Ford Mustang at this weekend’s Bathurst 1000 by going fastest in the co-driver only practice session on Friday morning.

The Tickford cars have been the ones to beat so far with Davison’s main driver Cam Waters quickest in practice one and three yesterday and James Moffat going to the top in practice two before Davison set his lap of 2:05.0667, a time which would’ve been good enough for sixth in Thursday’s combined times.

Rookie Jordan Boys brought out a late red flag with just under ten minutes to run after ending up in the gravel trap at Murray’s Corner in the Brad Jones Racing #14 Holden Commodore, the session going green again with five minutes remaining which started a run of fast laps to end the morning.

The only other red flag, and first of the round, came out just before the halfway mark of the hour long session, rookie Jayden Ojeda ending up running wide into the concrete wall at The Cutting, causing minor damage to the Garry Rogers Motorsport wildcard entry.

With 2009 and 2016 Bathurst winner Davison on top, he was tailed by three-time winner and former team-mate Garth Tander in second, the Triple Eight driver only slightly behind the Tickford car as Dale Wood punched the Kelly Racing #15 up to third.

Practice five for all drivers begins at 1210 Bathurst time where teams will have the final chance to dial in their qualifying setups before the grid-setting session starts at 1605, running for a scheduled 40 minutes.