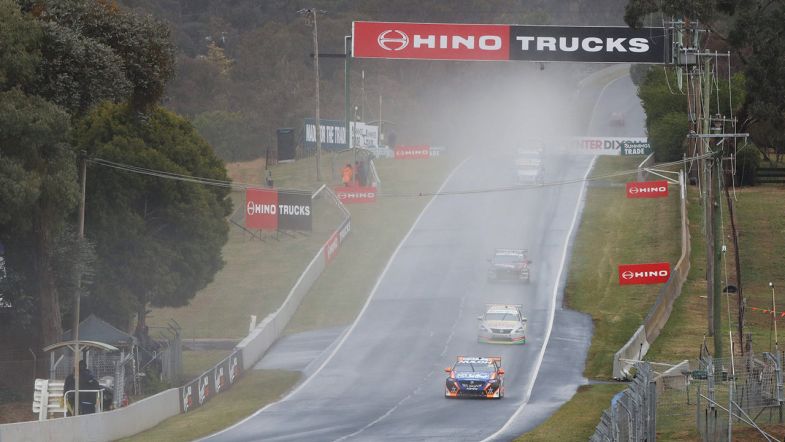 The start time of this year’s Bathurst 1000 has been brought forward by half an hour after the Supercars Championship announced it was worried about the potential effects of storms forecasted throughout Sunday.

Initially slated to go green at 1130 local time, the race will now start at 1100 to accomodate for a longer race should the rain arrive and cause delays, potentially running into the host TV network’s traditional news slot.

To be officially counted, the 161 lap race must run at least 50% of its scheduled distance, meaning the results will stand to the lap before a red flag comes out if proceedings are halted due to weather or other issues.

Only twice in the race’s history has it been shortened to under the scheduled distance; in 1981 a multi-car pile-up at McPhillamy Park blocked the track (Dick Johnson/John French declared winners) and 1992 was famously stopped thanks to heavy rain, Jim Richards and Mark Skaife controversially taking the win ahead of Johnson.