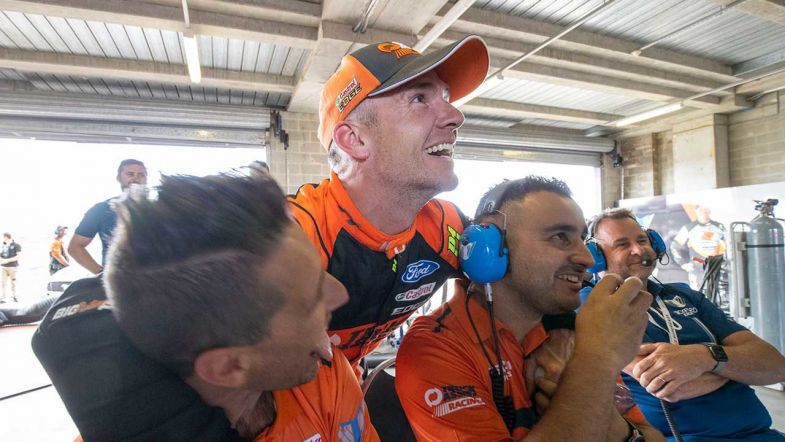 Friday’s pacesetter for the Bathurst 1000 has said that information sharing within the Tickford Racing camp has helped the outfit move forwards over the weekend as their cars went fastest in all sessions apart from one.

Lee Holdsworth, the provisional polesitter after Friday qualifying at Mount Panorama, spoke after the qualifying session, saying that the Tickford squad is feeding off each other to move forwards as a unit.

Having never taken pole in any capacity at Bathurst before and suffering a slight down period in the lead up to the race, Holdsworth believes the lessons learned and the best bit of his team-mate’s cars helped him fight his way to the top of the timesheets.

“We’d be silly to not share information to try and help each other go quicker,” Holdsworth said.

“It’s a fairly open discussion when it comes to debriefs, the engineers relay information during the session so what one car learns can translate onto another.

“We’ve run our own program and sometimes it’s best just to stick to your own path, that’s what we’ve done this weekend. Funnily enough, all cars have ended up fairly similar, they’re working very well.

“They’ve been strong in the past and building up every round, getting stronger and stronger, certainly Cam (Waters) has, I’ve had a bit of a lull but I feel like we’ve found our feet, especially getting a green tyre to turn on which has been a big struggle for the #5 car the past couple of rounds.”

Holdsworth’s co-driver Michael Caruso was fifth fastest in the co-driver only session on Friday morning, proving not only the speed of the car but also the strength of their relationship, having raced together for Garry Rogers Motorsport for a number of years and taking a podium in the 2009 Great Race.

Rolling out last for the Top Ten Shootout tomorrow afternoon at 1705 Bathurst time, Holdsworth will be hoping for the projected rain to stay away if he’s to match his qualifying time of 2:04.0243.