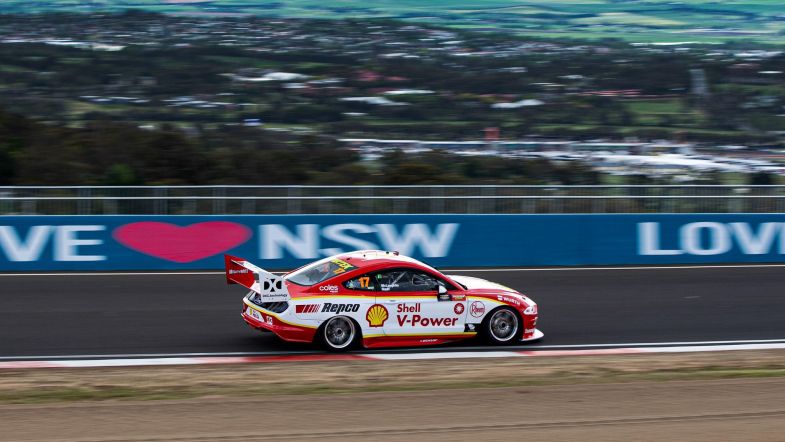 A third straight title for Scott McLaughlin has been confirmed today after the DJR Team Penske driver finished fifth in the season-ending Bathurst 1000.

Though he headed in to Bathurst with enough points to be champion even if second placed Jamie Whincup won, a DNF for Whincup early in the race not only sealed the fate for McLaughlin but also for Triple Eight, losing an integral part of their hunt in the team’s championship standings.

Despite Whincup’s team-mate Shane van Gisbergen and co-driver Garth Tander winning the race by less than a second from Tickford Racing’s Cam Waters, the fourth and fifth placings for Fabian Coulthard and McLaughlin ensured that the Stapylton based team have won their third teams championship in four years.

McLaughlin’s third title means he is the first driver in Supercars history to win three titles in a row straight off the back of their first championship win, missing out on a potential fourth when he finished second in the 2017 title race, ultimately losing in the last race to Whincup.

With his flights booked to St Petersburg in Florida for his Indycar debut with Team Penske next year, questions remain over whether McLaughlin will return to Supercars next year with the Penske arm of DJR Team Penske possibly making a departure as well.