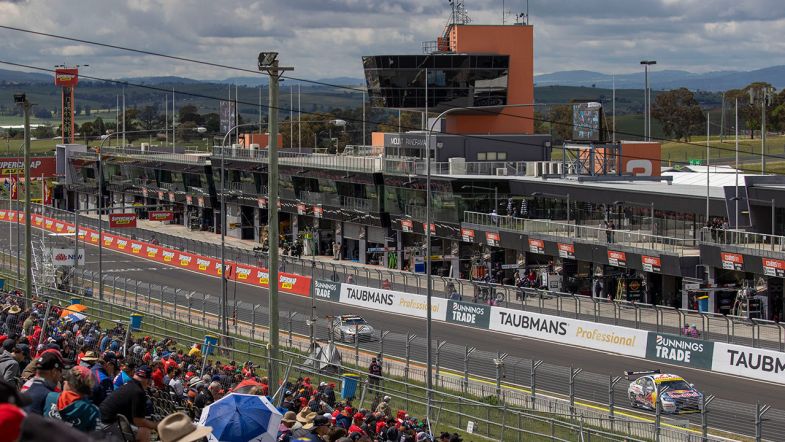 2021 Supercars season to start at Bathurst

Barely 24 hours on from the conclusion of the 2020 Supercars Championship season, the sport’s CEO has said that the next racing year will get underway where it left off this year, at the Mount Panorama Circuit in Bathurst.

While the official line from Supercars is that the season will begin somewhere in New South Wales, Supercars CEO Sean Seamer let slip in yesterday’s post-season awards ceremony that it will be the home of the Great Race which will play host to the 2021 curtain-raiser.

Supercars today announced that the Bathurst 12 Hour will be delayed until 2021 given current international restrictions, allowing the Australian championship to fill the void while also taking over from the Adelaide 500 as the opening outing of the year.

Paying tribute to the efforts from the sport’s teams throughout 2020, which included the Victorian contingent spending over 100 days away from their families, Seamer said he was excited to see the field again at Mount Panorama at the start of the year.

“It’s been said a million times but this is a year like no other and it’s put us under a tremendous amount of pressure,” Seamer said.

“The way that we’ve conducted ourselves, the resilience we’ve shown, has proved to the world exactly why we are some of the best in the world at what we do.

“For all of that, everybody in this paddock, in this pit lane, the teams, the Victorian teams, should be really proud of what they’ve achieved.

“It hasn’t just got us to this point right now; it’s set us up very, very well for the next five years.

“So, we come off the back of this year with a lot of great momentum, we’ve got a lot to be excited for in the next five years, but right now it’s time to get back to families, and the people that have made the most sacrifice of all of us; the ones that have missed their loved ones for so much time.

“I wish everybody a good time, get home, get home safely, and enjoy some downtime with your families and we’ll get back here to Bathurst in February.”

For the first time since Craig Lowndes’ departure in 1997, it is likely that the series champion will not return to defend their crown as Scott McLaughlin heads to the USA today, making his Indycar debut this weekend and most likely staying with the main arm of Team Penske next year.