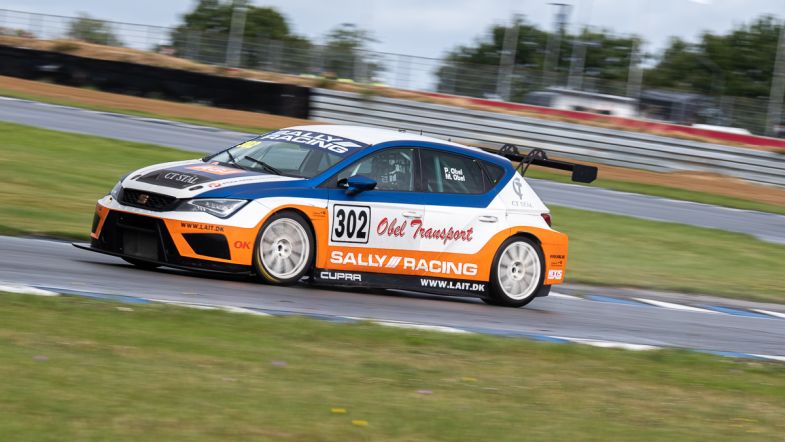 Sally Racing is going to join the TCR Denmark series grid with Peter Obel in the season finale at Jyllandsringen this weekend in preparation for a potential full-season entry in 2021.

Sally Racing and its long-term driver Obel are regulars in the Creventic 24H Series, having acquired their SEAT León TCR for endurance racing earlier this year.

An abrupt end to the Danish Endurance Championship earlier this month caused the team to enter the TCR Denmark finale.

“Racing in TCR Denmark is completely new to us, but we are mainly here to gain experience with the car,” said team owner Martin Sally.

“It’s been set up for endurance racing, so I doubt we’ll be fighting for the podium, but we are keen to learn about the series, which is also a part of the reason why we’re here.

“We haven’t got anything lined up for 2021 yet, but TCR Denmark could be one of the paths we would look at. We did have plans for the (cancelled) races at Classic Race Aarhus and Copenhagen Historic Grand Prix this year, and I hope we can do something next year.”

After racing at Jyllandsringen, the car will be shipped to the Middle East in order to compete in the Dubai 24 hour race in January and a six-hour race at Yas Marina a week later.