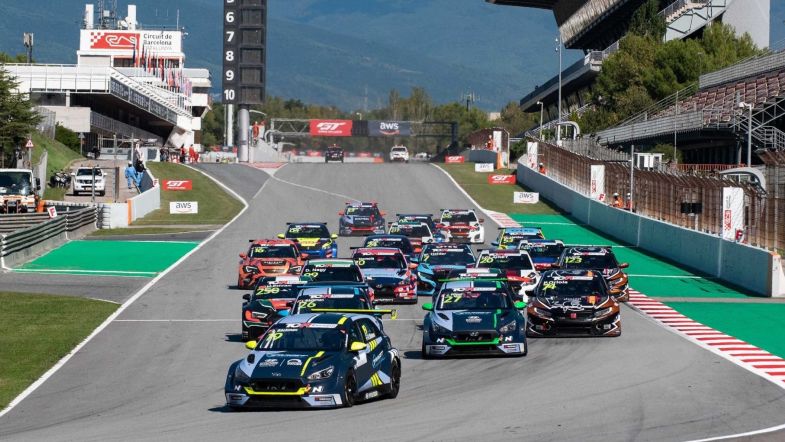 Spa-Francorchamps the battleground for penultimate round of TCR Europe

The penultimate round of the TCR Europe series takes place this weekend at the Spa-Francorchamps circuit in Belgium, with new points leader Mike Halder hoping to build on his recent form.

The Team Halder Honda Civic Type-R TCR driver made the most of a disappointing weekend last time out at Barcelona for Brutal Fish Racing’s Dan Lloyd to take a 13-point advantage over Mehdi Bennani heading into the weekend.

Such was Lloyd’s fortunes in Spain, the British driver dropped to fourth in the standings behind Bennani and Comtoyou Racing team-mate Nicolas Baert and faces an uphill task at Spa after a double non-score.

Halder won Race 1 at Barcelona while adding a fourth place in the second encounter. Lloyd on the other hand, who had struggled for pace all weekend, recorded a pair of 16th place finishes.

Moving slowly back into championship contention is Baert who, while only scoring a 10th and sixth in the two Barcelona races, lies third, four points clear of Lloyd.

The Spa-Francorchamps circuit typically favours the Audis, with Jean-Karl Vernay and Gilles Magnus each recording victories in the previous two seasons.

That, in theory, should make things easier for Baert and Bennani but with compensation weight playing a key role in the form guide, it is also a chance for Lloyd to reclaim some ground in the title hunt.

There are a number of new additions to the field this weekend. Nicolas Baldan join Élite Motorsport to give the Cupra León Competición its TCR Europe Series debut, while Tom Coronel and 2018 Series champion also taking part.

The weekend will start on Thursday with free practice, with the first session scheduled for 16:55 CEST and the second for 17:30, both lasting 30 minutes. Qualifying will be held on Saturday at 11:45, with the usual Q1-Q2 format.

Race 1 takes place on Saturday afternoon, starting at 16:05 and lasting 25 minutes. The second race will start at 13:55 on Sunday.