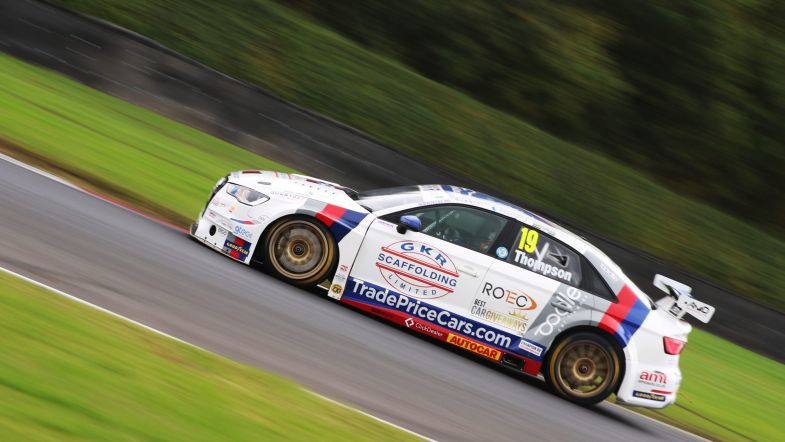 Bobby Thompson will miss this weekend’s BTCC meeting at Snetterton after being ruled out of the event on medical grounds, with the Trade Price Cars Racing driver still suffering the after effects of the concussion he suffered in his accident at Croft.

Thompson – who currently holds a 27 point lead in the Jack Sears Trophy standings – suffered a high speed roll in the final race in North Yorkshire that left his car heavily damaged, with the 24-year-old requiring medical clearance in order to compete in the penultimate meeting of the year.

Having failed to secure that medical clearance, Thompson will be forced to sit out the penultimate meeting of the season, with the team drafting in MINI Challenge racer Ethan Hammerton to replace him for the weekend.

It means a new-look driver line-up for the Audi team, with multiple Clio Cup champion Paul Rivett making his series debut in the car previously raced by James Gornall.

“It’s really frustrating to not be able to race this weekend, particularly when Croft had been going so well,” Thompson said. “Scoring my best ever qualifying result and then taking two top eight finishes meant it was my best weekend in the BTCC, but that got overshadowed by the incident in race three.

“As a driver, you always want to go out there and race and I was desperate to try and reward the team for all the work that has gone in to repairing the car, but this time, I’ve got to listen to what the experts are saying and sit things out.

“Obviously that isn’t ideal for me in terms of the Jack Sears Trophy but the key thing is that I have points on the board and the guys who are chasing me don’t, so it’s still all to play for.

“Hopefully Paul and Ethan can take some points off my rivals and my focus is on making sure I’m fully fit to come out and fight for the title when we get to Brands Hatch.”