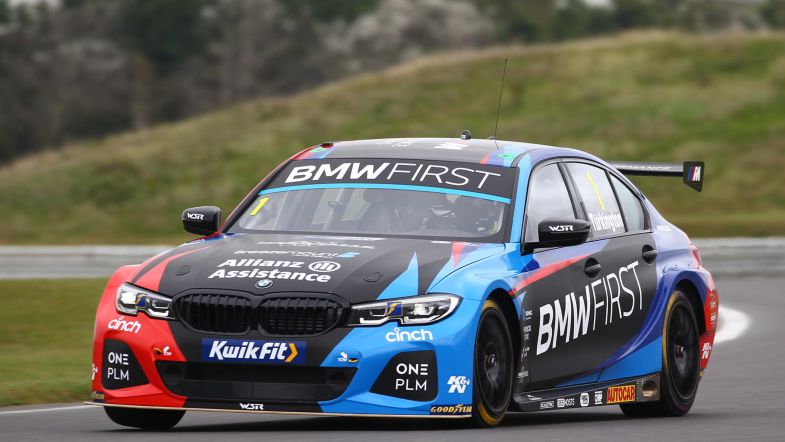 Colin Turkington declared himself a happy man after topping the first ‘Top Ten Showdown’ qualifying session ahead of the penultimate rounds of the 2020 BTCC season.

Having been fourth fastest in free practice at the wheel of his BMW 330i M Sport, the defending champion only ran on new tyres for the first time in Q1, where he put his car seventh quickest to successfully earn his place in the ten minute session to determine who would start on pole.

Bettering his time in Q2 to be the only driver under the 1:57s mark, Turkington snared his second pole of the campaign – and first since the Donington Park opener – to leave him well placed for race day as he seeks to close the gap to Ash Sutton in the standings.

“I’m really happy as it’s been a tough day with the cool temperatures and the fact we only had the one practice session this morning to try and dial the car in – and that was on old tyres,” he said. “Qualifying was the first time we put new rubber on and we managed to do enough in Q1 to safely get through but I knew we needed to make the car quicker for Q2.

“My engineer did a great job in tuning the car and finding more grip, and the pressure was really ramped up because one mistake and you would be starting down in P10 for tomorrow.