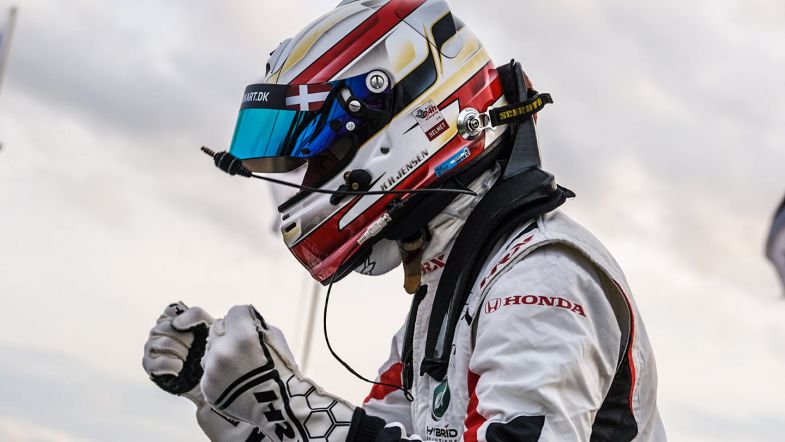 Alfa Romeo Giulietta TCR driver Mathiassen started from third on the grid but managed to avoid pole sitter Michael Carlsen who stalled on the grid to claim the lead into Turn 1.

Hyundai driver Martin Andersen was alongside Mathiassen into the first corner but had to slot into second position.

Massive Motorsport driver Jensen made a strong start from eighth on the grid and was fourth at the end of the first lap.

Former F1 driver Jan Magnussen made his way past Jensen for fourth during the early part of the race and then set his sights on Peugeot 308TCR driver Michael Markussen who held third.

Magnussen made his move on Markussen with three minutes left of the race with some contact, also allowing Jensen to get past into fourth position.

The race was finished under yellow flags as Kenn Bach and Jonas Lindhard Nielsen collided hard into Turn 1 at the start of the final lap.

The two spun off at high speed into the gravel trap with substantial damage to both cars. Both drivers escaped unharmed.

Mathiassen won the race for Insight Racing, with Andersen in second and Magnussen third.

Nicolai Sylvest went off track on the first lap following contact with Jensen and fought his way back up to finish eighth.