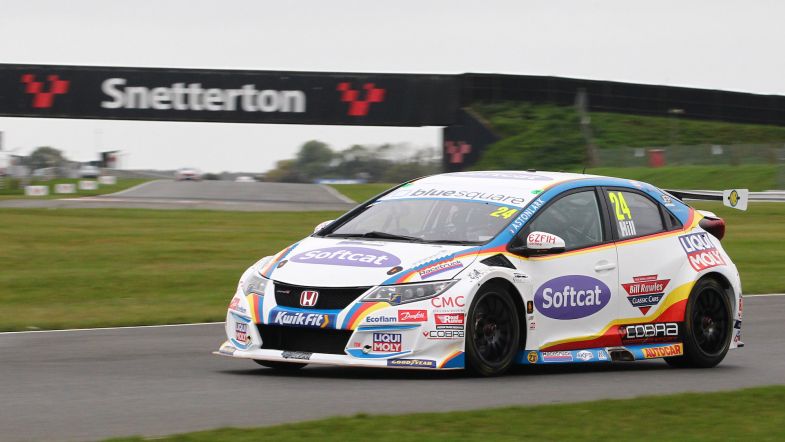 Jake Hill has vowed to be “as feisty as ever” on race day at Snetterton as he seeks to secure his first win at the wheel of MB Motorsport’s Honda Civic.

Hill looked set to snare pole position for the penultimate round of the season in Norfolk when he topped the times in the closing seconds of the special ‘Top Ten Showdown’ qualifying session, only to be shuffled back to P2 when Colin Turkington went faster on his final lap.

It means Hill will start from second on the grid for the third time this season and with no title on the line, insists he will fight hard for victory on race day.

“It’s incredibly annoying to just miss out again, although I’m still happy with P2,” he said. “Of course it’s great to be on the front row alongside Colin and with Tom behind.

“It means we’re surrounded by some really good people and most of them are in with a shout of the championship which could play to my advantage as I don’t have to worry about being hit or anything like that – I can crack on and go for the win. Colin and Tom have everything to lose and I don’t, so I’ll be as feisty as ever.”

Hill admitted that the low temperatures at the circuit had provided a new challenge, and praised the team for extracting the best from the car.

“Car set-up has been a massive change to what we are used to and there has been a lot of hard work from the engineers,” he said. “We’ve been one of the teams who have got it right today.”