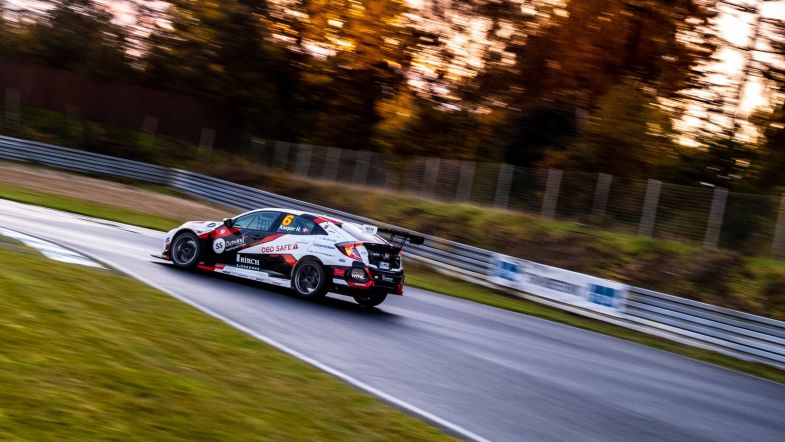 Kasper Jensen has taken one step closer to the 2020 TCR Denmark series title after winning the first race of the season finale weekend at Jyllandsringen.

The Massive Motorsport driver started from pole and kept the lead throughout the race, crossing the finishing line 1.4 and 4.4 seconds ahead of the LM Racing duo of Nicolai Sylvest and Jan Magnussen.

Kim Lund Johansen had made a strong start but was spun off track by Jonas Lindhard Nielsen at Turn 3 on the opening lap, dropping the Cupra driver to 14th position.

Hyundai driver Martin Andersen, who is placed second in the championship, was hit by Kenn Bach, team-mate to points leader Jensen, on the opening lap.

The incident resulted in suspension damage for Hyundai driver Andersen while Bach was handed a penalty lane round, dropping him to finish eleventh while Andersen recovered to seventh.

Mathiassen was handed a penalty lane round for exceeding track limits, as was Honda driver Casper Elgaard who finished 15th, one lap behind the leaders.

Jensen leads the standings on 250 points, with Andersen second on 212 and Sylvest third on 206 points.