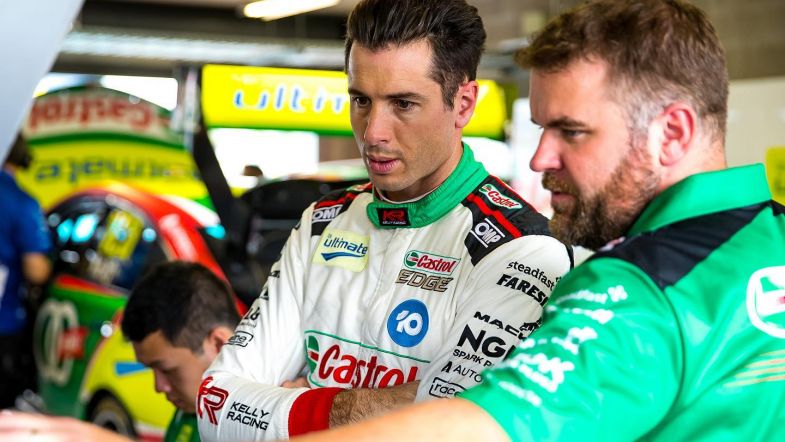 Former Supercars series champion Rick Kelly has today announced he will not return as a full-time driver in 2021, leaving a vacant seat alongside Andre Heimgartner at Kelly Racing.

Kelly, a veteran of 20 seasons in the Supercars, won the 2003 and 2004 Bathurst 1000 with Greg Murphy as well as the 2006 V8 Supercars championship, having formed the Kelly Racing squad with brother Todd and parents Margaret and John in 2009.

With his last win coming at Winton in 2018 aboard the team’s Nissan Altima in their last year being sponsored by the Japanese marque, Kelly divided his time in 2020 between developing the team’s new Ford Mustang Supercar as well as driving duties.

Speaking about his career of 20 years as a driver in the main game championship, Kelly reflected on his success in the earlier years as well as the recent times with his family team.

“While the 2020 season draws to a close so does my full time Supercars driving career,” he said.

“Firstly, I have really loved the opportunity to drive the Castrol backed Ford Mustang in its first year with Kelly Racing. There were many challenges put forward in 2020 with Covid and the Mustang program in its infancy at Kelly Racing which both have made on track results tough at times.

“It hasn’t been the fairy-tale ending that I would love to have gone out with, but I have to step off the merry-go-round at some point and I personally feel that the right time is now.”

“Whilst as a driver you always want to win, and externally your on-track results hold the biggest influence on your report card, and as you’d expect from any athlete, I’ll leave wanting more. But one thing’s for sure, I will step away satisfied with having always having given my best and never giving in, no matter how far back we were.”

“As a whole I’m proud of what we have achieved as a team over the last decade. We have relentlessly pushed hard, worked directly with 3 different manufacturers and represented some of the most recognised brands in the world, and delivered some great programs off the track, from creating a talent search reality TV show through to having pictures of our fans ride with us at Bathurst.”

“I’d like that thank the Team at Kelly Racing, and also congratulate each and every team member for what they have been able to deliver this year. It’s been nothing short of impressive. I’d also like to thank all of the past team members that I have worked with over the last 20 years.  I have worked with so many great people in this sport. And massive thank you to all of the business partners that have supported me throughout my career both past and present.”

“One of the biggest contributors to our sport is the fans, and over the years I have enjoyed many great friendships from loyal supporters. Thanks to each and every one of you for having our back through thick and thin, your loyalty and passion was always appreciated.”

“I have had a solid hustle over the past 20 years in motorsport, never really sitting still. So as far as what the future holds for me personally, as I step away from Kelly Racing I’ll firstly take some time to reflect on my decision and then go about planning a solid attack on the next chapter of my life, whatever that might be.”

With the season ending just over a week ago, the silly season driver market has already been shaken up with defending champion Scott McLaughlin also exiting the sport along with Team Penske, opening up at least one seat at Dick Johnson Racing alongside the one now available with Kelly Racing.