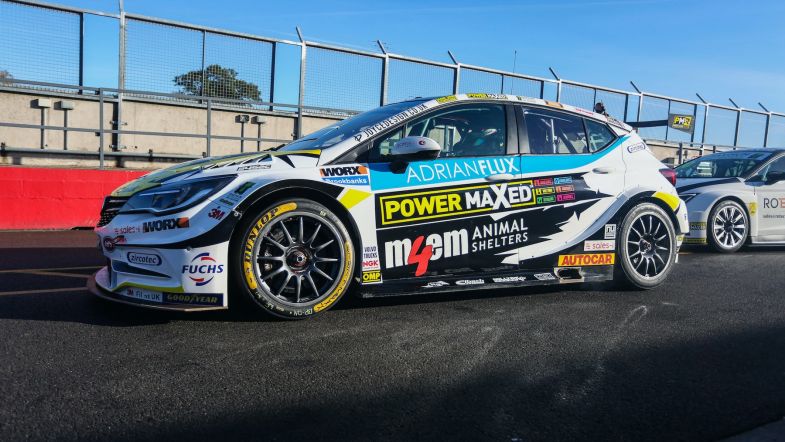 Power Maxed Racing has announced that Brad Philpot be the final driver to step into its Vauxhall Astra this season after inking a deal to contest the BTCC finale at Brands Hatch.

The 34-year-old will make his series debut on the Indy circuit having forged a successful career in recent seasons competing with Peugeot in the VLN; securing back-to-back titles racing on the fearsome Nürburgring Nordschleife in a Peugeot 308.

Philpot also competed in the Race of Chamopions in 2015 after winning the ROC Factor competition, and was able to beat the likes of Sebastian Vettel and Jenson Button in the Celebrity Skills Challenge element of the competition.

“I’ve had my sights set on BTCC for a long time and I’m delighted to be making my debut with such a well-respected and successful team as PMR,” he said. “It’s great to be racing back in the UK at Brands Hatch for the season finale, and I’m confident we can deliver a strong performance to round off the year on a high.

Team boss Adam Weaver said he was confident that Philpot would be able to impress on track on his debut.

“Brad certainly has the pedigree necessary to challenge a number of BTCC drivers once he gets some experience under his belt, and has a number of front-wheel-drive titles to his name,” he said. “We’ve been limited by the amount of testing he’s been able to cover in the Astra, but we know the car’s fast and has given everyone who’s driven it this year the opportunity to push forward in what’s known to be one of the toughest championships in the world. We’re looking forward to seeing what he can do at Brands.”