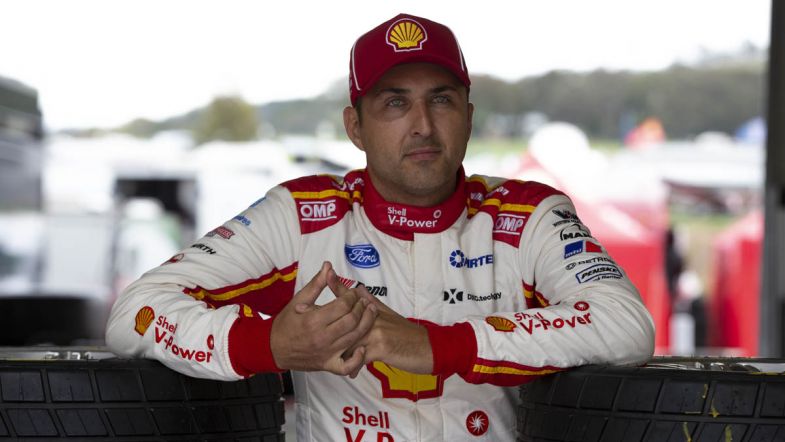 The Dick Johnson Racing team will field a new-look driver pairing for the 2021 Supercars season after confirming the departure of Fabian Coulthard – on a full-time basis at least.

Speculation had suggested that the New Zealander was set to leave the team following the announcement that both Team Penske and three-time champion Scott McLaughlin would be departing – the latter having confirmed a move to the IndyCar Series on a full-time basis.

Coulthard’s departure brings to an end a five season stint with the Ford team that started back in 2016 as the partnership between Penske and DJR expanded to run two cars in its second year.

The now 38-year-old would take eight wins for the team, and a best finish of third in the standings back in 2017.

“It has been an absolute honour to race for two of the greatest icons in motorsport – Roger Penske and Dick Johnson,” he wrote on social media. “I’m so proud to have had the opportunity to have multiple race wins and stand on the podium on their behalf. A duo as great might never be seen again.

“Scott has been one of the best team-mates I’ve ever had. He’s challenged me, beaten me, lost to me and taught me so much that I couldn’t learn from anyone else. I’m looking forward to watching all his successes in the future.

“Whilst I have had one heck of a time, I will not be driving at DJR full time in 2021. It’s been one incredible journey and the privilege will never be lost on me.

“I’m thankful to our partners who have so generously been a part of this journey both on the team and my personal behalf. I’ve always been surrounded by workmates who’ve become friends, and always will be.

“Whilst I’m not sure what is next on the cards for 2021, I’ve received incredible support from other drivers, teams, family, friends, and fans. Thank you so much. It’s YOU that helps more than you realise and makes this time a little easier.

“Whilst I’m still away from home, spending time with Bec and the kids has been a good time to reflect, relax and take in all we achieved together at DJRTP, and what might be on the horizon for me and my little family.”

Anton De Pasquale and Will Davison have both been linked with DJR for 2021, with an announcement due in the next week on who will drive the two Mustang GTs for the season ahead.

“We’re looking forward to announcing our driver line-up next week,” team boss Ryan Story told the official series website. “It’s an exciting new chapter. “The past six seasons in partnership with Team Penske have been remarkable years and we have achieved enormous success.

“We pay tribute and have enormous gratitude to Scott McLaughlin of course, having won three drivers’ championships with us – and the three teams’ championships we managed to win over that time were in no small part due to the efforts on-track by Fabian Coulthard, who has been a great ambassador for us off-track as much as he has on it. He’s been a great support with our partner base and network.

“He took a real gamble to come and join our team in 2016 when we expanded to two cars and did a fairly tough year with us before we found our feet, and he earned us our first race win as DJR Team Penske in 2017. We’re extremely grateful for his contribution to the team and look forward to beginning this new chapter.”

Coulthard could still take up an Enduro role with the team if he is unable to secure a full-time drive elsewhere.