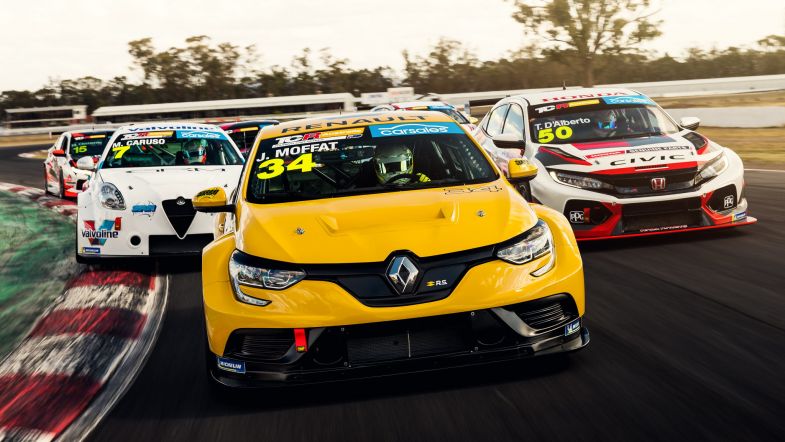 The Australian Racing Group has today unveiled the calendar for its 2021 TCR Australia Racing Series season, having been sidelined throughout the entirety of 2020 thanks to the global COVID pandemic.

Though racing was expected to resume at various points throughout the year, border restrictions between states meant the championship couldn’t get started with teams unable to leave their local government areas in some instances.

Kicking off on the Australia Day long weekend of January 24-26, Tasmania’s Symmons Plains Raceway will host its first round of the TCR Australia championship followed by an invitational race at Baskerville on the island’s south.

Round two will provisionally take place at Phillip Island in February though a firm date is yet to be set, followed by a trip to Bathurst and the famous Mount Panorama, the category finally making a start at Australia’s most iconic track after the Bathurst International event was called off for this year.

Staying in New South Wales, round four of the championship on April 30 – May 2 sees the field return to where it all started at Sydney Motorsport Park, the host of TCR Australia’s inaugural round, before a two month wait for round four at Queensland’s Morgan Park Raceway from June 25-27.

Another long break will give teams time to prepare for what is provisionally the final round, to be held at Melbourne’s Sandown Raceway from September 10-12 with the champion to be crowned before the final outing of TCR machinery for the year at the Bathurst International invitational event, most likely taking place in November.

ARG’s CEO Matt Braid thanked the teams in the TCR category for their understanding throughout a trying 2020 and looks forward to the tin-top racing resuming in 2021.

“ARG is pleased to move forward with our racing plans and schedule for 2021 after what can only be described as a difficult and challenging 2020,” said Braid.

“Our competitors have remained patient and resilient during this time, and I know that everyone is really excited to get back behind the wheel, entertaining the fans at the track and TV viewers around Australia.

“The circuits on our calendar offer our competitors a great mix of our best race tracks, including ARG’s first trip to Symmons Plains in Tasmania.

“We have also built in a number of contingency plans into our 2021 dates and venues, considering how quickly the world can change. This will keep us flexible and agile in these uncertain times.

“Despite the fact that our TCR cars and drivers have been parked for almost a year, the desire of teams to get back out and showcase this fantastic international touring car formula is second to none. We know they are going to produce a great show when they hit the track.”

Will Brown is still the reigning TCR Australia champion after taking out the inaugural championship in 2019 with HMO Customer Racing.