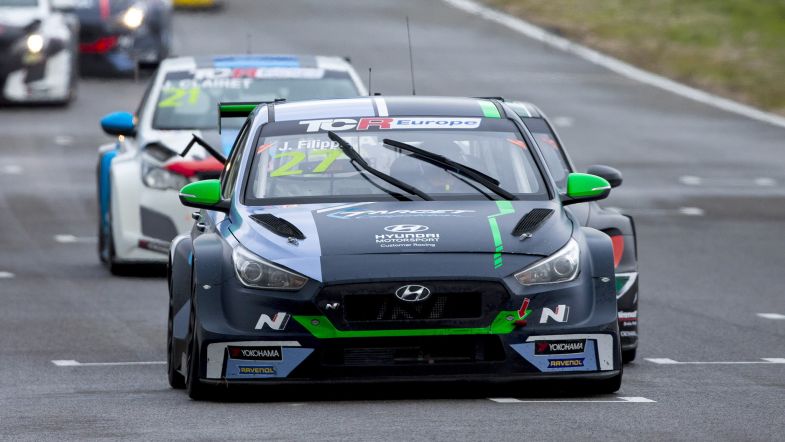 John Filippi: “This result is good but I wanted the championship”

Target Competition driver John Filippi finished the 2020 TCR Europe season on a high after claiming his maiden victory in the series at the season finale at Jarama.

The result also allowed the Frenchman to finish second in the championship, but he wanted more.

Filippi could only manage to finish eleventh in the first race held earlier in the morning. Starting from the pole position in race two due to the reverse grid rule, the Hyundai driver was able to maintain the lead despite the complicated conditions and a safety car intervention.

“I think if I had achieved this victory earlier in the season I would be much more happier,” Filippi said to TouringCarTimes. “The season is over and I have finished second…I did everything that I could. I’m happy, it’s good to have a win here and I’m happy to have won at the last race of the season.”

Filippi has scored three podiums this season, at Paul Ricard and at Spa-Francorchamps, before taking the victory at Jarama. Those results, and regularlu scoring points in all the races, allowed the Frenchman to finish as series runner-up.

The Target Competition driver, who has extensive experience in the WTCC, WTCR and has now finished his second season in the TCR Europe series, is still unsure on how the situation will evolve for next season.

“The situation in the world is complicated, it was good to be able to compete in this championship this season and I don’t know what I will do next year,” explained Filippi. “I hope things will be better and see what I can do.”