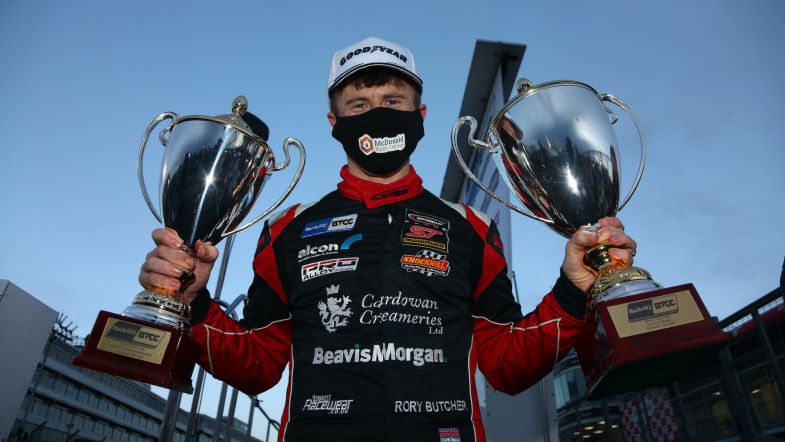 Rory Butcher has expressed confidence that he can fight for the 2021 BTCC title after securing the final victory of the current season at Brands Hatch.

The Scot headed into 2020 looking to impress having returned to Motorbase to head the team’s challenge with the latest incarnation of the Ford Focus ST, and was on the pace from the outset despite limited running ahead of the campaign.

Taking a first victory of the year at Oulton Park, Butcher would add another win on home soil at Knockhill and headed into the final meeting of the campaign with the slimmest of mathematical chances of taking the championship.

A solid weekend on track saw Butcher rebound from a trip off track at the start of race two to end the campaign with victory in the final race of the year – marking his third win, and eighth podium, of the campaign.

It meant he ended the season fifth in the overall standings, and second in the Independents’ title race.

“We’ve had a few tough rounds, so a win was just what we needed,” he said, “especially when this is the home circuit for the team. Knowing we have finished on a high with the final win of the year makes it much easier for us going into the winter.

“Although we’d have liked more from it, this has been a fantastic year. I had expectations of fighting for the championship and there were times this year when we have looked like a contender, but not everything fell into place. We showed potential and if we could just add a bit more consistency then I feel we could be a real threat next season.

“For two years in a row I’ve finished fifth in the standings, but with the experience we now have with the car and everything we have learned, I’m confident that fighting for the overall title would be on the cards for 2021.”